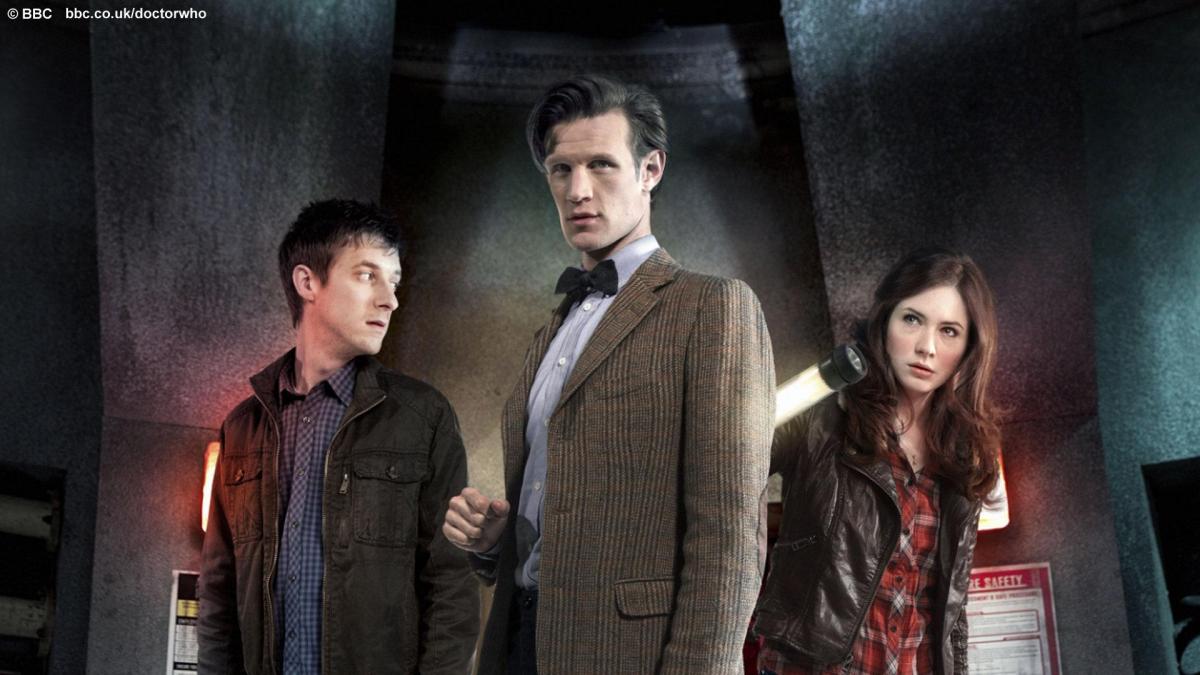 Previously on Doctor Who: The Doctor’s Wife.

Can I just say: they were listening to Muse on the TARDIS. While Rory and Amy were playing darts. MUSE. ON THE TARDIS. Hipsters in space, hooray! 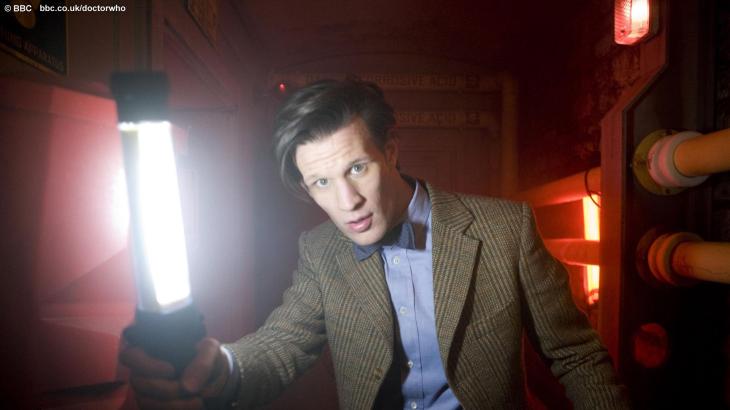 Well, this was… confusing. Basically, everyone was disoriented—including the plot.

I did like it, first things first, and I do realize the jumping about was intended to make the disorientation and confusion of the people inside the story palpable; which was well done, really, but I can’t help thinking that maybe they overdid it a bit. I cannot put my finger on it, there was something off about it, maybe I’m just being fickle, but it did leave me asking myself whether anything actually… happened. Or maybe it’s because the first part of a two-parter is inherently worse than wibbly-wobbly timey-whimey at its best. Or worst.

Anyway—speaking of Rory. Rory is a bit of a rebel himself in this: he keeps wandering off, literally, to protect Jennifer, which seems to irk Amy quite a bit. Which is understandable in so far as she’s usually the one wandering off and being wooed by Vincent van Gogh, though Rory wasn’t around for that, so it’s a new situation for her. Except she has to realize that Rory bonds with Jennifer for the simple fact that he knows what she’s going through. He witnessed her crisis, talked her through the process of accepting her mind, that’s why he feels responsible for her—it could have been any member of the crew, Amy, so relax. It’s Jennifer who has a crush on Rory, but she respects that he’s married. I’d still be clinging to his hand, too, if I were frightened, because he knows: he once had to hold on to the belief that he was Rory, he had to be so damn human because he wasn’t. Not completely. He knows what it’s like to have all those memories and feel disconnected from them, as if they were someone else’s, until he had 2,000 years time to come to terms with them—the Gangers don’t. Entire human lives and no time at all.

Oh God, imagine the Ganger!Doctor—his brain must feel like it’s imploding! 908 years of a Time Lord life, everything, every memory, every feeling, every ounce of intelligence. Yes, it’s going to become even more insanerer. Only consolation: if the Doctor’s appearances start fluctuating, there’s a way of telling them apart—shoes.

The Doctor: I need to see your critical systems.

The Doctor: You know which one.

To your left, the lovely Marshall Lancaster, everyone!

Of course, this being the first of a two-parter, we couldn’t expect answers, only questions:

I mean, does he really believe they would just let him take them elsewhere to live their lives in peace? Because surely he realizes that they share their memories, their desires. The humans gave them their lives, and they want to live them. As Jimmy (Mark Bonnar), both Jimmies, in fact, make clear: he wants to get back to his son. Now, who can decide that the Ganger doesn’t have as much right to that life? Who’s to decide who gets to live it and who’s forced to live separated from everything they love? Which life, which life form, can be forced to feel worth less than the other?

He is, basically, another Time Lord, possibly complete with two hearts and a respiratory bypass system. What the hell is he planning on doing with him?

What else is amazing: How the Gangers bring out different traits of their inherent personalities. For example, Ganger!Jennifer is ruthless and the one to give the call to war, whereas Ganger!Cleaves is the one having doubts and being more compassionate, while their original counterparts are just the other way around, which might make for amazing confrontation material next week.

Other than that: the Doctor is still scanning Amy for her Schrödinger’s pregnancy, and there are loads of theories about that on the interwebs, but this one I found the most compelling:

Rory is supposed to be dead. After all, he was dead or dying before he was erased from existence. However, Amy is some sort of reality warper(possibly due to the crack) and she brought him back. Now, the universe keeps trying to right itself, hence the reason Rory keeps dying. Amy keeps warping reality to cancel this. Eventually, this will start having really bad effects on the universe and Amy will have to accept the loss and let Rory die for good in order to prevent the end of the world as we know it.
This could also explain why the TARDIS sensors can’t figure out if Amy is pregnant or not. She is pregnant with Rory’s child, but Rory is supposed to be dead, so the baby both does and doesn’t exist.

That is well creepy. And I’ll bite my arse off if it’s true.

Anyway: the mid-series finale is only two episodes away now, and it must be one hell of a romp—River will be back for the cliffhanger on who the bloody hell she really is. Which means we’re going to see just when the Doctor can tell her his real name either in two weeks or in the first autumn-episode; and I swear, Moffat, if we’re not hearing that name out loud, I’m going to chase you with a chainsaw!