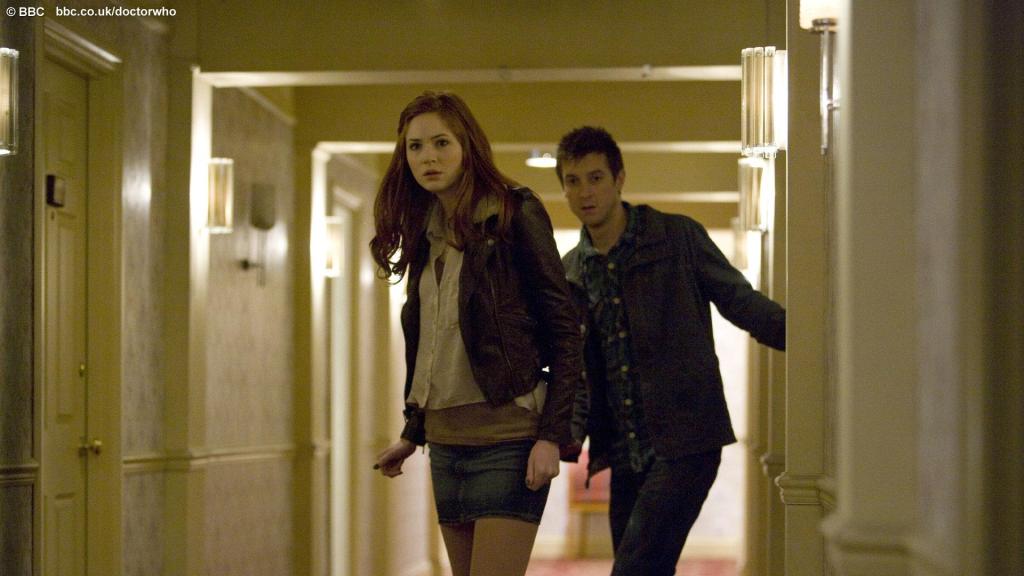 “The final days of the Ponds are coming,” Moffat said.

“I’m not telling you when or how, but that story is going to come to a heartbreaking end.”

He said the Doctor, played by Matt Smith, was going to meet “a new friend”. It is believed that role has not yet been cast.

Oh, dear. I will be sad, and excited at the same time, which really is the worst and yet best feeling that Doctor Who can give you. I will be sad to see Amy and Rory go—I’m just hoping that the Moff means heartbreaking in a good, in a happy way, because otherwise I shall be forced to pick up the pitchfork and chase him through Cardiff in his TARDIS pyjamas. Still, I’m excited that the Doctor will have new company next series, just because Matt Smith’s acting sizzles, and Eleven’s personality has so much more to offer; it will be an absolute treat seeing that bounce off someone else. Arthur Darvill and Karen Gillan leave enormous shoes to be filled they have been at the top of their game for two years straight; and I’m sure that, with Steven Moffat, Sue Vertue, and Piers Wenger as casting geniuses, the actor or actress (I’m actually rooting for a guy to get the job, not because I’m a slash fangirl, that’s just a bonus, but because the pretty earth girl routine might be getting old; besides: Donna was his best mate, why not have a matey best mate around?) who is destined to do that will be tremendous. Whoever they are, I’m loving them already. Bring it on, Series 7!

iThere are no comments