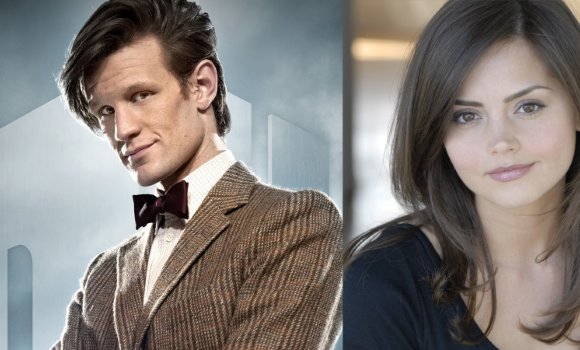 OK, so the BBC are spoiling us today, with the following news announcements:

Steven: "We saw a lot of brilliant actresses. But Jenna was the only person going faster than Matt - he had to keep up!"

"Even by the Doctor's standards, this isn't your usual boy meets girl." blogtorwho.blogspot.co.uk/2012/03/new-co…

There will be 6 episodes this year, including the Xmas Special. Then 8 next year. Jenna's character will first be seen at Xmas.

No announcement on plans for the 50th anniversary given today.

Well, they wouldn’t, would they—one press conference at a time!

Steven "Amy & Rory will leave in a final encounter with the Weeping Angels in ep 5. Not everyone gets out alive and I mean it this time"

The Daleks will be returning in the autumn series, and so will the Weeping Angels, who will appear in Ep 5 – Amy and Rory's final story...