And with this episode, we are finally getting a bit more insight into Joan’s motivations and background.

We’re also getting Suit‘s Daniel bloody-minded-asshole Hardman (David Costabile) as an angel of death; in another well-written and tightly scripted case. I approve.

It comes as a shock to Sherlock that Joan wasn’t suspended permanently, that she could have chosen to return to her job as a surgeon—but she didn’t. Therefore, it wasn’t a mistake of the kind that Dr Baldwin made when he left a clamp in a patient’s chest; but one of the sort that she saved Kerry from. She was unlucky, didn’t catch something that she might have if she had ordered tests that weren’t, generally, seen as necessary on a day-to-day basis. She might have even been unfairly suspended, which sheds an entirely new light on her situation.

I think that we’re far from a conclusive and complete account of her reasons for quitting, but we’re getting there. It wasn’t outside forces that made her give up her license (which she could acquire again, if I understand Sherlock correctly), it was her own self-doubt and terror of making the same mistakes again. I’m sure that there are more factors influencing this—we already know that her family are a factor in her troubled background; and I’m curious to see more. I fear Joan deleting all those photos, i.e. the happy memories of her life as a doctor, doesn’t bode well for any decision concerning her return.

Sherlock, meanwhile, is unfailingly supportive, even though he’d deny it if you asked him, of course. He’s convinced that Joan would be happier and more fulfilled if she returned to her former job, and I guess it would be safe to say that working with Sherlock definitely gave her an even better eye for the details that decide a conclusive diagnosis. She’d be an even better surgeon, and he wants her to be. Edit: Afterthought—his refusal to take no for an answer and manipulate circumstances to get the answer has definitely rubbed off on her. I don’t think the old Joan Watson would have changed the chart sheet; this Joan Watson did, because she believed she was right, and trusted in her instincts. If she was lacking self-confidence after her suspension, this is a step up to her old self. She’s got the strength, and Sherlock wants her to see it. (Same as she wants him to see that he doesn’t have to shut himself away. These two are each other’s therapy.) 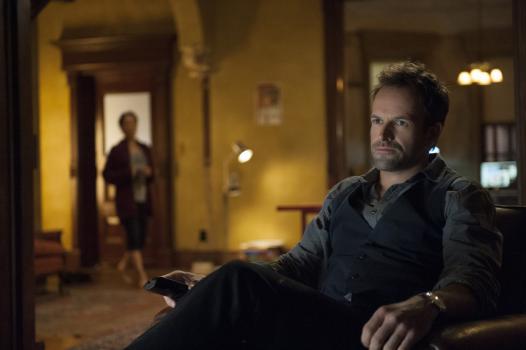 Sherlock’s own story takes the backseat in this Watson-centric piece, but his frustration when not cracking a case wide open on the first day, and his need to get it right and get it done are very well portrayed and to be filed away for future reference.

All in all, an angel of death episode is a crime procedural trope that we all know very well, but here it serves as a vehicle to introduce more of Joan’s back story, which is nicely played. Plus, Elementary does an excellent job at adding a twist to these tropes and extending the final denouement into something surprising, which I like very, very much.