This is where it gets complicated.

The problem is that, so far, Sherlock has arguably changed Joan’s life. She doesn’t just see anymore, she observes. Her way of seeing the world is shifting, but she never loses sight of her task—as Sherlock may have hoped she would, over time. Well, newsflash, Sherlock, you aren’t dazzling enough to throw Joan off the scent. 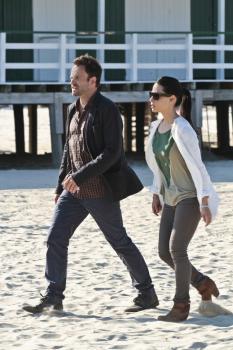 So, now, Joan has had enough. She may have let him off during the first few weeks, to gauge the progress of his recovery and to give him time to adjust to her constant presence; but since he seems to doing well overall, it’s time to tighten the thumbscrews. It’s coming to a head over the impending arrival of Sherlock’s father, who wants to have dinner with the two—except Sherlock knows he doesn’t, not really.

His daddy issues are piled up to the ceiling, and it doesn’t look like he’s wrong in his assertions.

Thus, he hires an actor, a man who’s possibly been more of a father to him, to impersonate Holmes, Sr., who really didn’t turn up for dinner after all. Allistair’s advice to Joan is that Sherlock doesn’t form relationships the way others do; and that her definition of friendship won’t apply to the way they interact.

Sherlock seems hurt when she accuses him of rendering them strangers by his silence—which is thrown into sharp relief by the way he elbows his way into Joan’s private and professional life; and so he reacts by confirming her insightful deductions about his fear (discomfort, fine, Sherlock, shush) of flying. But she’s right, that’s not enough, it’s only admitting something she’s already figured out. She wants him to open up to her; it’s the only way she knows how to help him.

Allistair warns her that as soon as you build up expectations for Sherlock to follow regular friendship “protocol,” he’ll leave you in the dust. Joan may be right, Sherlock’s way of making friends or, well, keeping them around, doesn’t seem to be based on mutual benefit, but Allistair only describes a small part of it. As we see with Joan, Sherlock is supportive and intent on seeing her happy; even if he has to manipulate things here and there to ensure that. Surely, if Allistair had ever found himself in trouble, Sherlock wouldn’t have hesitated to help. Sherlock seems the more demanding party of any relationship, but he does give; generally, though he may not be very giving of himself. 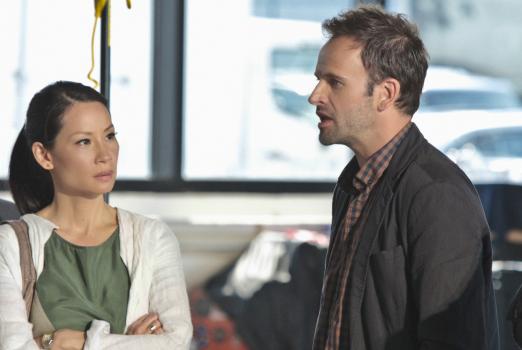 And that’s the problem here, isn’t it—because he’ll have to give of himself if Joan is ever going to figure out how he ended up in rehab, how his substance experimentation turned into abuse and then into disaster. It’s Irene. Whatever happened between the two, it shattered Sherlock; maybe because she was the only person he ever opened up to. So now, he’s determined not to do it again—except, perhaps, for Joan.

There might not be a clear way of telling whether Sherlock trusts anyone, at all; because he doesn’t let on. So this, Joan asking about Irene, is putting their companionship to a test that is definitely going to yield interesting results.

P.S.: I loved this case. The writers continue doing a magnificent job with just that additional twist.

Next: One Way to Get Off.