Previously on Elementary: You Do It to Yourself.

Sherlock is, in short, an excellent, extremely helpful little puppy. He not only brings Joan breakfast in bed and details exactly how much time she has to eat and get ready; he also endeavours to bridge the distance between Joan and her family. Joan’s mother isn’t exactly enamoured by her daughter’s work, albeit not for the reasons that Joan anticipates. It’s not because it’s “babysitting,” it’s not because it means running around with shady characters, it’s not because it’s less prestigious than working as a doctor. Joan’s mum isn’t convinced that this is the right thing for Joan because she thought she’s only doing it out of a sense of duty; especially after what happened with Liam. She didn’t think doing this could make Joan happy, so she didn’t like it.

Sherlock Holmes and the time-honoured tradition of staring at his Watson.

And, well, she might not be wrong about the sense of duty; but working with Sherlock and watching her work with Sherlock is life-size proof that becoming a sober companion was the right choice. Joan’s not happy because she’s a sober companion, but she’s happy since that job brought her Sherlock and his detective work; and this conversation in the living room is the first time that Joan admits that, yes, she likes it. She still doesn’t consider staying, she still insists that her time with Sherlock is over soon, but it seems that both her mother and Sherlock have a different idea in mind. 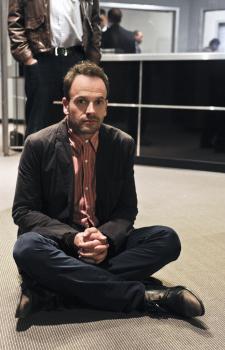 Sherlock coming to dinner with the family is something that, normally, every sane person would dread, but this Sherlock is entirely charming, and not merely because the situation calls for it. Although he says that he didn’t mean half of what he told Joan’s mum, about the importance of her work and the things she has done for Sherlock, he knew that it would be the right thing to say to make them see, to get them to understand Joan; even if that means speaking the Conventional Lingo. He was willing to put the bluntness aside and leave out the macabre and bizarre enjoyment of sniffing around dead bodies. He’s invested in Joan being happy, and being comfortable with what she does.

I’m guessing it’s safe to say that he’s got an ulterior motive: he wants her to stay. But he knows that she won’t if she doesn’t feel comfortable with the fact that she personally enjoys being with Sherlock, that she enjoys his work. And he knows that she won’t stop feeling at odds with her own feelings until a few things are cleared up—her family’s approval, for instance. She wants to impress her mother, wants her to see her daughter as a successful and respectable person; and her not approving of her job is the exact opposite of that. By restoring Joan’s mum’s understanding of why she does what she does, and by explaining to her how valuable that work is—both being a sober companion and fighting crime with Sherlock—he can ease her way. In the end, it’s a battle that she has to decide herself, but I get the feeling that Sherlock will do just about anything to disperse all the external doubts that he can influence.

Feelings aside: the case was clever, though not groundbreaking; and we got, by way of donor DNA, a revival of this Holmes memento mori:

When you have eliminated the impossible, whatever remains, however improbable, must be the truth.