Previously on Doctor Who: The Snowmen (Christmas Special 2012). 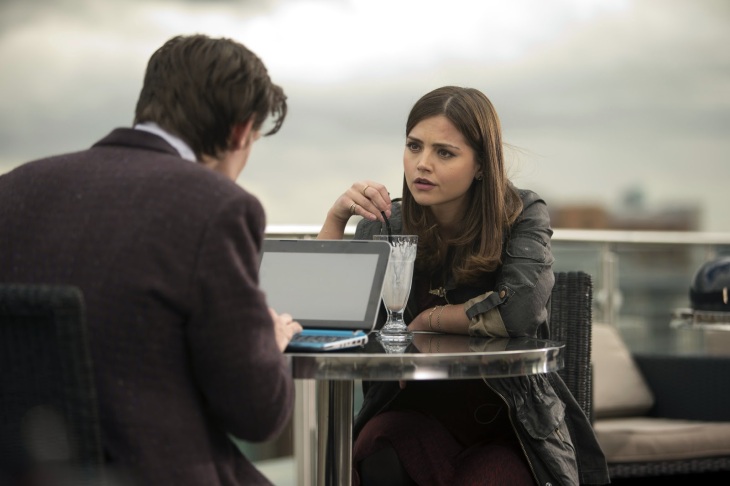 Doctor Who returns to our screens to kickstart Series 7 Part 2 with something old, something new, something borrowed, something blue. Yes, this episode is basically The Idiot’s Lantern, but with WiFi; and it’s not the Wire this time around, it’s an old friend. Well, not quite friend. Well, enemy is more like it. The Great Intelligence, the snowflakey bastard the Doctor encountered the second time he met Clara, is now given face and voice by Richard E. Grant instead of Ian McKellen, and it’s hungry. So far, so familiar.

The Great Intelligence must have some sort of special plan, though: while the Wire wanted to consume the entire planet via the telly, the GI seems to devour most of the minds it is presented with, but there must be some purpose to at least a portion of them. Why else would they splice Clara a computer skills package? She’s bright, and her mind isn’t being entirely consumed if she’s being given something she didn’t have before. I guess it’s fair to say that we will see the Great Intelligence again, then. True to form, it also started by taking a child again—no wonder Miss Kizlet didn’t even remember who she was, before. She was a frightened child, then, and she is again now. The other workers at the Shard only lost a couple of months, she lost her entire life.

Clara seems to be dying a lot, again—stop it, you lot, that was enough of a theme with Rory.

There were a great lot of nods to the past: the Doctor and companion on a motorcycle is a beloved piece of Tenth Doctor & Rose iconography; and again the Doctor must climb a tower to reverse the process. Except this time there’s less getting fried by EMP involved, and more anti-gravity. Neat! And the thing is: when the Doctor says, “Under my protection,” he doesn’t just mean Clara. He means the entire planet.

Also, there’s attention being drawn to the props department’s decision to reintroduce the St. John’s Ambulance sign on the door of the TARDIS, something which had gone lost somewhere around 1966: the Bells of Saint John is, in fact, the TARDIS telephone—which invokes the Ninth Doctor episode The Empty Child, where he appeared just as non-plussed by the old girl doing that as he is this time.

And then, there’s UNIT barging in—pity we didn’t see Kate, but we did get a good glimpse of that book Clara’s friend’s kids were reading: ‘Summer Falls’ by Amelia Williams, doubtlessly an old classic in children’s lit by now.

Edit: a bit of research has yielded that there are, actually, lots of (especially visual) parallels to a direct-to-video production from 1995 called Downtime, in which the Great Intelligence made an appearance…

Moffat likes taking the things we’re surrounded by and take for granted and making us scared of it; and although the plot really is a rehashed Idiot’s Lantern, it’s still a fun ride. Not as whopping, I felt, as it could have been for a returning series episode—Let’s Kill Hitler last year packed more of a punch; and although the resolution was fun, it seemed a bit wobbly in places, and a little rushed. Just jinxing the ‘obedience’ scale up to eleven is nice and handy, but I would have chosen that moment for UNIT to come in. We’d already seen the immediate and creepy effects of having the power over people’s minds like that before, it didn’t really need another demonstration. The episode in the plane, though funny, was a little unnecessary as well—yes, we get it, they can hijack planes, kill the pilots, and then give the autopilot the streets surrounding Clara’s house as a landing strip. It added a temporary thrill to the episode, granted, but in itself it sort of interrupted the fast pacing of the episode with shear weirdness—it is a very extravagant form of assassination; and as a merely temporary problem… ah, well.

In other news, the Doctor is so happy he could save her this time, it’s ridiculous. After spending who knows how long in a damp abbey basement in 1207, in Cumbria, he’s finally being given a chance to get it right. Now, questions abound: who’s the woman in the shop, who gave Clara the Doctor’s direct line? And why are there ages 16 and 23 missing, in her books of 101 Places to See?

Now, I’m not saying this because it’s Easter (which means of course I’m saying it because it’s Easter), but Clara is a really good egg. I know that folks are not entirely happy with Moffat announcing that there was to be a ‘love triangle’ of a sort between her, the Doctor, and River; but he didn’t say exactly what kind. So let’s wait and see, shall we? Although Clara is still vaguely flirty with him, she absolutely does not just jump into what might well be a Snog Box, thank you very much; doesn’t matter that the man just saved her life. The Doctor is very caretaker-y and paternal with her: he tucks her in and puts everything on her night stand she might need, but he waits outside the house for her to wake up, outside of her immediate space, knowing that he’s a stranger. She didn’t trust him to begin with and didn’t want him in her house, and he knows better than to overstep even more boundaries; so he guards her from the outside. He’s also definitely not flirting back, his reactions to her sass are a lot different from what they would have been with River, which is a good indicator—he’s a bit scandalised, actually. He cares for her like a dad or an older brother; and though she teases him about his pick-up potential and/or intentions, she’s not offering, just questioning and scolding. It’s not quite Donna (yet), but I’d wager she’s getting there. 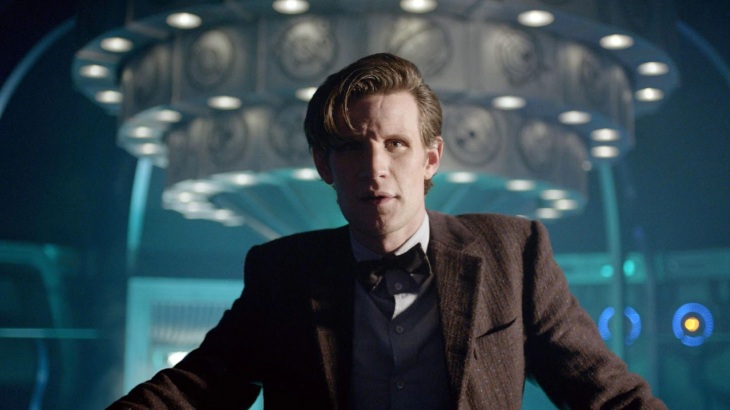 Next: The Rings of Akhaten.