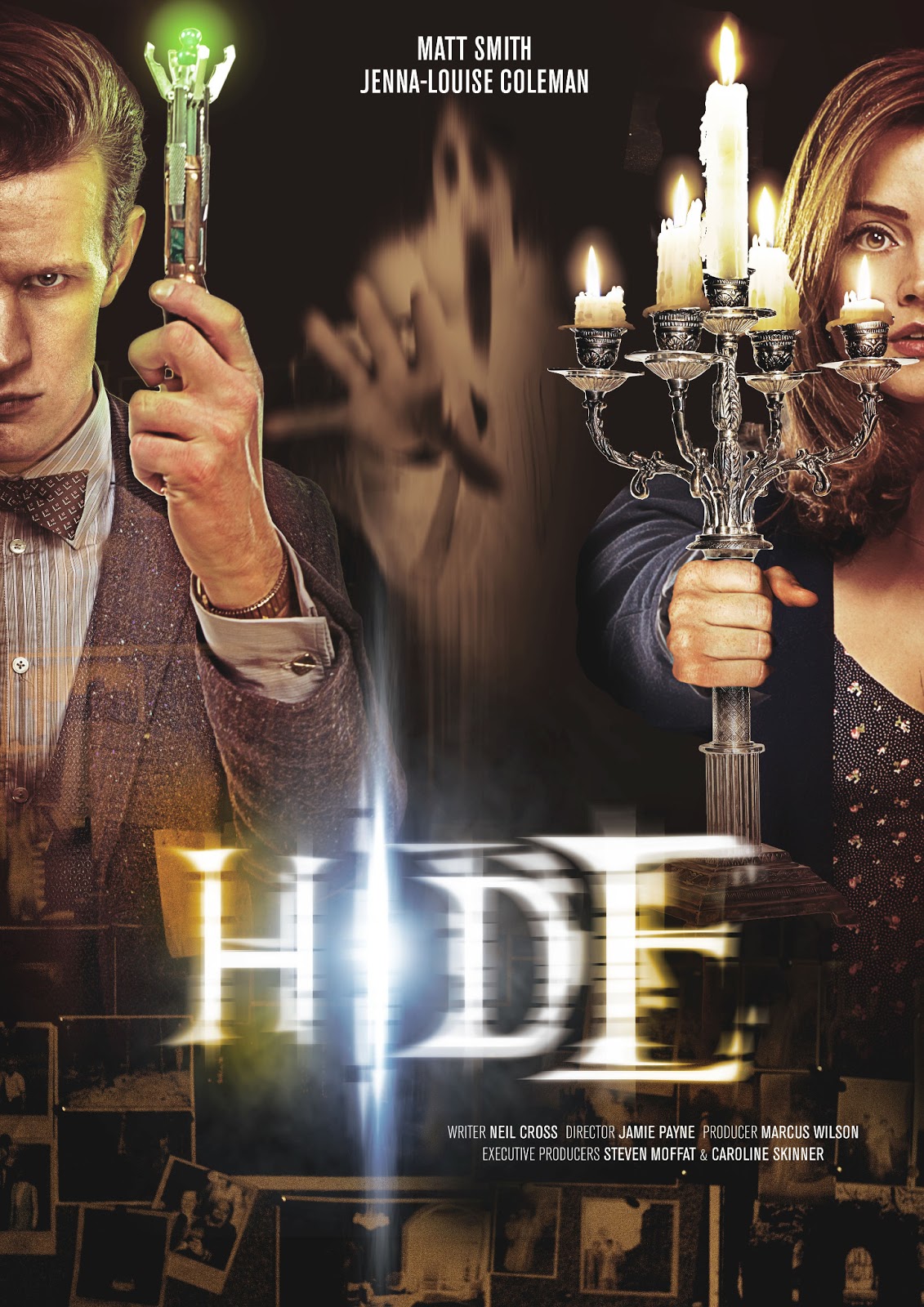 Previously on Doctor Who: Cold War.

Now this is as properly exciting and scary and gripping as Doctor Who should always be (and usually is)!

With this second adventure, Neil Cross has truly outdone himself. It’s thrilling, properly frightening in places, and the suspense never lets up. This time around, the bits of breathing room that we get, discovering the characters through dialogue, was necessary for all involved. Nothing superfluous anywhere, no plot strand out of place; and plenty of surprises along the way. Figuring out part of the puzzle only leads to more questions and danger—and that’s how it should be!

That’s not a good thing to hear the Doctor say, and it’s perfect.

Oh, it’s good to have the show back. 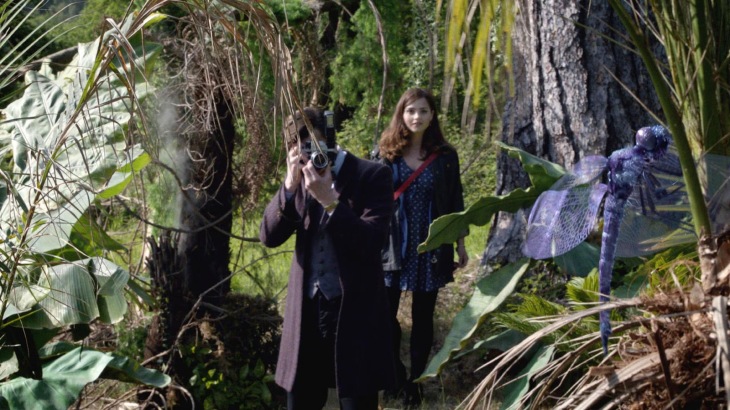 After every gasp or squeak I let out, I was whooping in delight; because this was proper and really, really good Gothic + Science Fiction. (Academically speaking, this was my semester abroad in Canada in a nutshell.) Neil Cross took many beloved elements of both and fit them together in a jigsaw that is pure and utter fun. This is definitely one of my top 10 favourite episodes of New Who!

The mystery of the lonely, haunted house, the apparitions you can’t explain, the ghost photographs, the cold spots, the writing on the wall, the screaming, the ghastly knocks—so many things that are known to strike fear into the hearts of Time Lords and humans alike, and they never get old, not with a script and a character ensemble like this. And on top of it, there’s two love stories; one human, one alien couple separated and yet yearning for each other. The aliens kept apart by the boundaries of a collapsing pocket universe, and the humans, even as they stand mere inches apart, by fear and resignation to a lonely fate.

The Doctor shares that fate—or at least the resignation. As it is, the show loves pitting him against other warriors, people or creatures who have seen death and despair, and two series ago, his clear perception of Alec would have served to highlight his utter blindness to his own circumstances. As things stand now, I think he knows exactly what he’s saying. He’s been painfully self-aware ever since what happened at Lake Silencio, ever since he realised that he’s been running for so long, it’s time for him to stop. He knows what he’s saying when he asks Alec what a “war hero” is doing “in a lonly old house, looking for ghosts.” As we still don’t know what or who Clara really is—what if the Doctor really is looking for ghosts as well. Clara reminded him that she won’t be competing with ghosts; and now she realises that the way he keeps running around all through time and space, picking up humans that have not even born yet and are long since dead in the same breath he takes, he’s making time with ghosts. Except they’re not nothing to him—they’re everything. Ever since Barbara and Ian set foot into his TARDIS and changed his life all those centuries ago, he’s searching for the same spirit in his companions, something that anchors him. And since the Time War, he needs his companions to bring him back from the dead; same as Emma has given Alec back his will to live. (Also, kids, apparently. Just keep holding hands, and never let go. Shh, it’s a family show.)

The acting from everyone involved with this episode is superb (though Hila’s character can’t help but stay on the sidelines a little, due to the late reveal), and especially Jessica Raine and Dougray Scott pour magnificent life into Emma and Alec’s romance. Pling, an otp was born, along with a few unicorns and kittens, when they finally got it together. These two are a bit like Sally Sparrow and good ol’ Billy Shipton from Blink; you shipped them after about twenty seconds—and thank Gallifrey these two actually got a happy ending.

Emma warns Clara not to trust the Doctor, that there is a sliver of ice in his heart. And perhaps that’s it—he may be a god aspiring to be human, but he’s still ok with wandering the planet as it burns, as it flourishes, and as it decays. He’s a Time Lord, unconcerned with the conceptions of time and life as they are ingrained in us. No matter how important we are to him, no matter that we are giants to him, not ants, he’s old and broken now, and there are things he’s just not bothered by.

He’s old and broken and he doesn’t know where to go, and then the universe dropped Clara in his lap, and she’s “the only mystery worth solving.” He gave up after losing the Ponds, resigned to the fact that the universe is an uncaring one and that, whatever he does, it won’t make a difference. But then Clara drew him out of his shell, and I dread to think what will happen to him after solving her mystery, but for now, he’s got a sense of purpose, and that is what he needs. And perhaps what the universe is trying to teach him with this is that it does, absolutely, care. And if we’re very, very lucky, that’s going to give him hope, hope to go on. 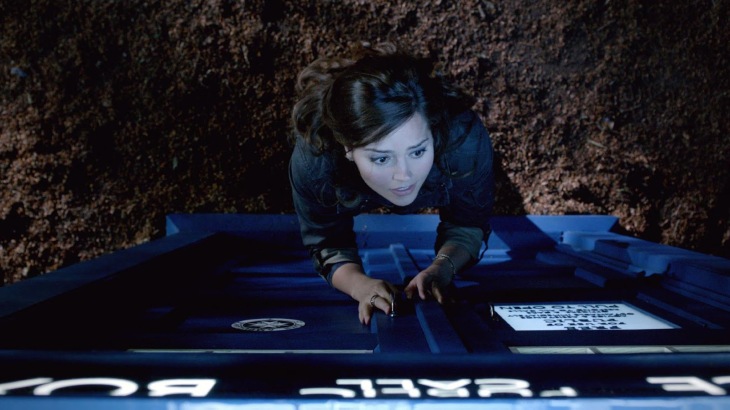 That little conversation between Clara and the TARDIS’ holographic voice interface was rather interesting, too. Yes, the TARDIS is slow to trust sometimes, but she hasn’t been this stubborn since she tried to throw off Captain Jack. She wants to keep her Doctor safe, above all things, so there must be something about Clara that she doesn’t trust, can’t figure out. She’s a sassy old thing, and, yes, maybe she’s being a little childish about things, but that’s how it works. Eventually, though, she recognises that Clara would risk her life to get the Doctor out of that pocket universe, and so she opens the doors. Earlier, she’d at least hummed in response to Clara’s quiet apology about the umbrella, so it’s safe to say that she’s warming up to her a little, just not enough to risk bleeding out her engines on the first try.

Next episode—which I am so, so stoked for—they’re going to have to spend a lot more time together, since it looks like Clara is going to be trapped inside the TARDIS on her own for quite a while after a salvage crew try to break in. Perhaps a look into the heart of the TARDIS will reveal some of her secrets and motivations… Oh, dear.

P.S.: Jessica Raine, who played Emma Grayling in this, will be back with the Doctor soon, albeit in a different capacity: she plays Verity Lambert in An Adventure in Time and Space.

Next: Journey to the Centre of the TARDIS.