Previously on Doctor Who: Nightmare in Silver. 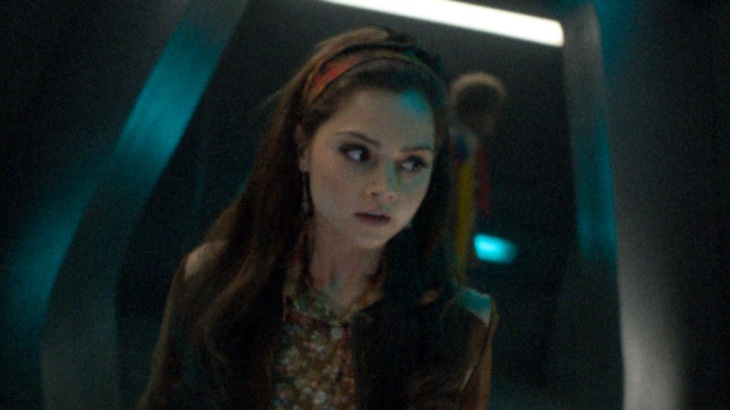 Oh. my. stars. That was amazing. That more than made up for the ups and downs this series, and, oh, they’re so clever. This episode did the exact opposite of what people feared it said on the tin, of course it did (and I do quite unashamedly hope that a lot of people are eating their words for breakfast this morning). It’s not about the name. It’s about the promise that he made. The promise that’s going to break his hearts.

The battlefield of Trenzalore is where the Doctor will be buried, although that’s a poor description of the real thing. His consciousness, the scar tissue of his travels through the galaxy, like a bright star in and of itself, suspended within the TARDIS. It’s beautiful and deadly, just like the man himself, and there’s so much of it. Time travel is a great thing, and the Doctor has chosen his name as a promise, and he has saved galaxies and solar systems in the name of the Doctor; but the very fact that he calls it scar tissue is the inversion of beauty. He let himself be called a monster, and his pressing need to save the world has left scars on the face of the Universe, over and over again. No matter how many lives he saved, he sees himself as marring the wonder that once surrounded him.

His real name was never the point, it can’t hurt him. The darkness within him can. One day, he’s going to break that promise. Whether John Hurt is the Doctor himself or the manifestation of him that we will come to know as the Valeyard, I don’t know; but I dread to think that the Eleventh Doctor’s fury might not be enough to see him through those dark days. He will try not to do the same, but the Valeyard is a fact. Not by choice, but still, he will break. Some would consider the promise broken already, but we’re not there yet. The Doctor made it through the dark days, Clara saved him. There might come a day when she can’t.

There’s the other twist that I loved: many were complaining about Clara being another mystery, something inherently more-than-human—when she really isn’t. She was born to save the Doctor, but she wasn’t made by anyone, she wasn’t created by the Universe. She made a choice that was all her own, that’s what created the mystery. She’s an incredible, brave, wonderful woman who saw the chance to save her best friend, and took it, at whatever cost to herself. That’s who Clara is. And she’s magnificent. She’s a mechanic on Gallifrey, for goodness’ sake! She’s the impossible girl.

And then, there’s River. River, as you’ll have noticed, wearing the clothes she had at the end of Forest of the Dead, after Ten uploaded her into CAL’s data core. That’s the River that he has left now, because he spent the first and the last night with her, so all he has now… is an echo. That’s another bit that had me bawling my eyes out, because he can always see her; she’s always with him. He didn’t shelve her, he kept her with him. She couldn’t let go, and he couldn’t face it; and if anyone ever doubted that he loves her endlessly, then now they know they had it wrong. It’s the first time that he’s initiated a kiss just because he wanted to, just because he loves her; and it was a good kiss. And, yeah, goodness knows how that must have looked.

The sequences of Clara running to save the Doctor were wonderfully done. I’m still so jazzed that I nearly have no words to describe it, but it was done so lovingly, and with great attention to detail. It was fan service and it served the episode and the show in the best possible way. (There you have your parade of Doctors! Rule one: Moffat lies.) This episode added so much to the mythology of the show while picking up so many threads from Classic Who and winding them together in time for the big anniversary… it’s brilliant. And fantastic, and everything in between.

Next: The Day of the Doctor.