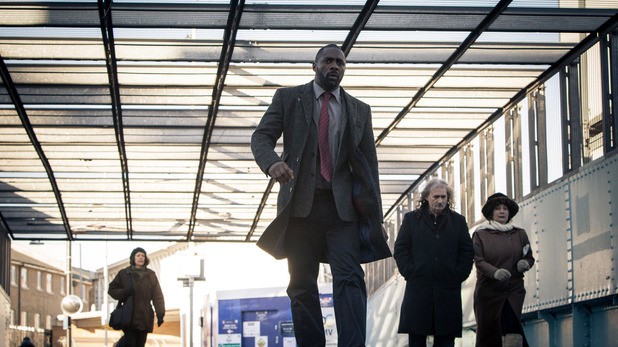 The first principle is that you must not fool yourself, and you are the easiest person to fool.

You will have noticed that, in my reviews, the characters and their relationships very often take precedent over the Case of the Week, because, in the end, the cases are just cases. The people stay with us. It’s the transformation of the serial into the series. And in these two episodes, what we see before us is the Ballad of John and Justin, daft coppers extraordinaire.

So, they weren’t working together, but, still, I was right. Unless Justin tells us next episode, we’ll never know if he was ever truly convinced, if he ever truly turned on John, if he really believed that John might have warned Barnaby. He did ask him, yes, but there are always two reasons: suspicion is one of them. The other: needing to know what happened in order to be able to protect one’s partner. (And, well, Luther didn’t suggest to Barnaby to do what he did, or to flee; but he did give him time until the next morning. When you’ve got a prime suspect, you bring them in immediately. Luther might have bent the rules, but he did not break them.) And if Justin truly believed that John may have done that… John really did believe that Justin had turned on him. So they were both wrong in doubting each other, but they both had their reasons.

Justin: “What do you want? I’m not your performing seal, I’m busy.”

It’s possible that, at some point, Justin snapped. But he didn’t look like a man on a mission, or convinced of what he’d do. Every time Luther didn’t look him in the eye, every time he turned from him, Justin looked gutted and lost. He may have considered it, but even if he did, he changed his mind. The fact remains that he spent the entire episode safeguarding not just himself, but Luther, too. And in the end, he turned the table on Stark and Erin fair and square. First, he bought him time, and then he let Stark and Erin believe that he’d make a statement that would serve to eviscerate Luther in order to keep them from doing anything else, to convince them to move fast. It’s not clear whether he was relying on Luther to find him, but he made the deal rock-solid. With that agreement signed, he became untouchable, and so did Luther. For the record, he called the operation fishing and a witch hunt, thereby rendering them inert, at least for the moment. Whoever ever thought that Justin’s not one of the smartest coppers in the room… breaking news, he is. And he learnt a thing or two from the best. Ripley choosing to protect Luther again is a commitment that now, I’m sure, no-one else from the “Judas division” will dare to target. 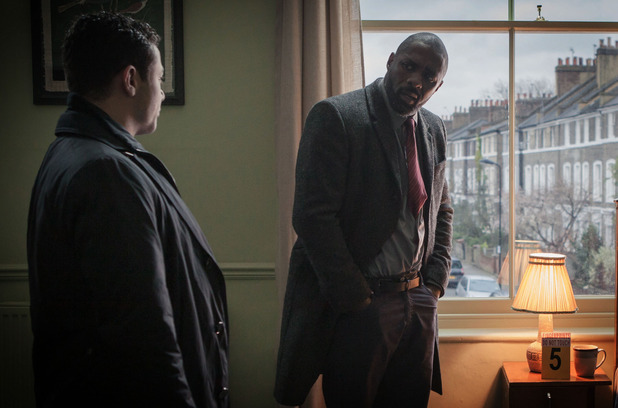 But he still went behind Luther’s back, didn’t tell him about it (for good reason, Luther had enough on his plate, and Justin could be sure enough that he’d figure it out, enabling Justin to keep playing the role), and I think that’s why he didn’t say anything further to defend himself when Luther stared him down before leaving. Maybe he was trying to, but then John shut him up, and he gave up. He probably thought that Luther wouldn’t listen to the tape, that he’d destroy it; but even then, he’s miserable thinking that Luther’s never going to forgive him, the camera shows us that.

Luther wasn’t planning on it, either. Until he listened to the tape and realised that, guess what, he was right in what he said to Erin. Love brings out the best in you, but also the worst; and when you need someone that much, you can end up believing the worst of them.  Luther and Ripley being separated in this episode hurt more than I had anticipated it would, even knowing what these two have been through together. It’s a mark of how important their relationship is, because it’s not just played for Luther being in trouble, it’s the other way around or, well, both ways around (since Stark and Erin are not bloody likely to give up). Luther being in trouble drives their characterisation and their relationship forward; and the way that Idris Elba and Warren Brown brought that conflict to life was so heartfelt, which bears testimony to how they built this partnership quietly but persistently during the past two series.

And I do wish we’d learn more about Mary. I like her, and although Luther seems afraid that she doesn’t know what she’s letting herself in for (and, truth be told, she doesn’t yet), maybe, when he leaves the force, he can… leave all of that behind, and start over. I’d like it if he could do that with her. But I want to know more about her, want to know her backstory; because otherwise she’s just that. A female character brought in as nothing else than a love interest for the male lead and, perhaps, the incentive for him to give up his unscrupulous ways. Which is ultimately something the narrative can do without, which is not enough.

All of that notwithstanding: Luther‘s writers have a brilliant talent to come up with some of the creepiest cases I have ever seen on TV.

P.S. Benny, you are magnificent.