Love Spooks? Love law enforcement officers in a grey area doing things they probably shouldn’t, working beyond the police, but with blessing of the ‘royal we’? Love Hustle? Love a good con pulled by smart grifters operating outside the rules? Tony Jordan, who co-created not only Hustle, but also Life on Mars, has presented the audience with an — at least for the moment — light-hearted mixture of the two genres.

Then you’re gonna love By Any Means. Last night’s first outing gained a topping 4.1m viewers, even though someone at the BBC decided it would be a good idea to put it in the same slot as the returning ITV drama Downton Abbey. 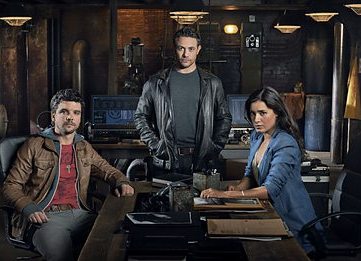 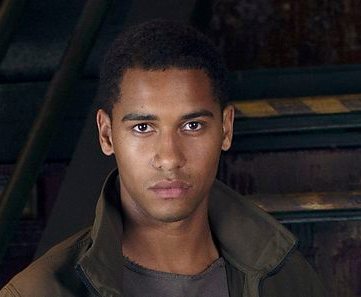 You can find out (a teensy bit) more about the characters on the BBC programme website.

Overall, we learn just enough about the team to start identifying with them, but there’s still a whole bunch of questions unanswered. Why did Jack quit working as a copper, why did he help Helen set up this… division, if you can call it that. Helen surely works for some intelligence organisation… but which one?

I really, really liked this pilot episode: I like the genre mixture, and I like the potential for future complications — I mean, it’s the BBC, they’re lurking ’round the corner with a bucket of feelings we never signed up for, waiting to get us. So let’s enjoy it as long as it’s still fun and games, as long as Jack’s past is still murky and only tinged with darkness where it concerns his brother. I’m curious whether this will turn out to be something that defines him — whether they’re going to go with the whole angst/man pain motivation for him, or whether he’s just a bloke who’s had bad experiences but continues to be who he is (cue Raleigh Becket in Pacific Rim, if you will).

What the show is definitely doing right so far is Jess: serving Jack his own bollocks on the plate over the stupid time of the month remark. Did you catch TomTom’s ‘oh god, you were not stupid enough to ask that, mate’ face? Yeah, he knows what’s up. Women aren’t ruled by their menstrual cycle, having a higher concentration of hormones just means they’re less inclined to deal with bullshit — and Jess’s bullshit tolerance is pretty much constantly near zero, so I don’t know what Jack is acting surprised for. In other news, she’s the fixer, a lock specialist, and doesn’t need anyone’s protection. (Jack placing himself in between her and an aggressively advancing Nicholas Mason was probably more designed to keep the mark from having his nose broken by her. They needed that face intact for the arrest.)

Meanwhile, TomTom’s a hacker who made a deal to avoid prison, an all around good egg, and the sun pretty much seems to shine out of his arse most of the time. He’s also the instigator of one of my favourite exchanges:

The structure of the plot is closer to a long con than any type of criminal investigation. There’s no ‘if’ in taking the bad guys down, only the question of when and how, exactly. (I wonder if it’s going to stay that simple.) The explanation sequences after the climax of the narrative arc is a staple trope of the genre; though I find it could’ve been a little shorter in this case.

There are a few tiny niggles I have with this episode: the dialogue is sometimes a little wooden, a little stiff in the hip in some places. There was no unnecessary info dump going on, but the spark didn’t quite catch. I loved all characters’ performances, regular cast and guest stars alike. The team plays together well, I hope that there’s going to be more of a familial chemistry coming out over the course of the series. What surprised me was that Warren Brown was especially strong in the scenes where he interacted with the team, but that there were passages, especially where he had longer pieces of dialogue, that felt… long. You know how sometimes it feels like all the words are there, but the acting is missing? Not enough pauses, not enough modulation. As I said, the spark hasn’t caught yet. This is already really, really good, but it has the chance to go brilliant; and I firmly believe it will. (I have once made similar observations comparing the first series of Sherlock with its unaired pilot, so I have every confidence that these kinks will iron themselves out.) I think that perhaps that’s also deliberate: I can’t quite put my finger on Jack Quinn, and I’m probably not supposed to, really. So maybe Brown is doing this deliberately, who knows?

To go the intertextual route for a moment: it’s definitely good to see Sergeant Ripley all grown up and having little Ripleys of his own. In a sense, Jack Quinn is a curious amalgamation of his Ripley and Luther’s willingness to break the rules, coupled with a moral code that may look dodgy to outsiders — like Charlie, at first, surely. Since he’s joining the team and he’s expressed some initial concerns, we’re most likely going to be introduced to more of the team’s work through his eyes a bit, identifying with him in our reactions. Charlie’s might get to be our guide for a while. I’m looking forward to that.