Based on the 1820 short story The Legend of Sleepy Hollow by Washington Irving, this is a modern re-telling of the tale, featuring a 280-year-old Oxford professor, a badass woman of colour police lieutenant, and a headless asshole on a horse, also known as DEATH.

I already really liked the pilot, but as with every pilot, and as with every comically styled Gothic horror story, things can go both ways even after a cracking premiere episode. So I waited for the second ep to make my choice, and, well, here we all are. Follow me to Pocantico Grove under the cut.

Mixing the religious with the occult, Sleepy Hollow presents its audiences with demons, Horsemen, witches and their warring covens; and all manner of exciting creatures are sure to follow. Gothic horror with a side helping of humour is full of all things that bite and scratch and go rawr and set fire to entire camps. An evil witch is really only the beginning — if, in this case, a slightly flat one. Perhaps we mustn’t expect too much depth of the Monster of the Week, seeing as they’re paving the way for the Horsemen to descend. With their plot function explained like that, maybe it’s unlikely that they’re going to be given extensive back stories. 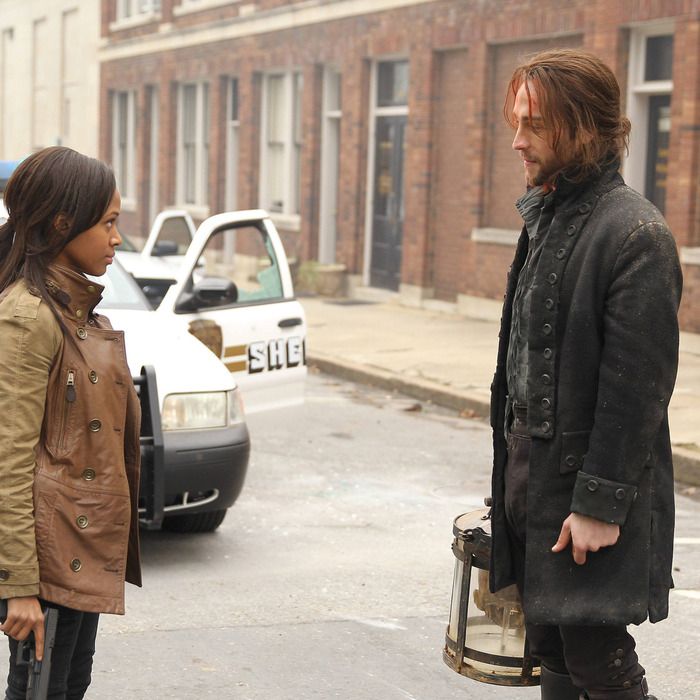 What’s going to be delicious, though, is the continued exposure of Ichabod to the 21st century in both the big and the small ways. Abbie is going to be looking at a lot of work ahead of her. So far, the immediate and obvious reactions — to her gender and ethnicity — are at least provisionally dealt with, but it’ll be very, very interesting to see where in the spectrum of morals and decency and possibly prudishness they’re going to place Ichabod; and then contrast it with a strong-willed, confident woman like Abbie. He’s taking her job and independence etc. in stride, but there’s got to be stuff where his convention alarm bells are going to be ringing off the hook. And in between all that, there’s going to be a lot more examples of outrage over baked goods, the terrors of indoor plumbing, and the madness that is television (which, just maybe, went a little too smoothly). Oh, and the man needs new clothes. SOON. 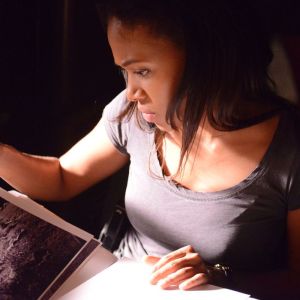 As two very different characters who have been pushed together for a set time period of seven years, their dynamic is going to be what makes this show. Abbie’s desperately trying to hold on to her sanity, but she doesn’t shut Ichabod down completely, instead explains to him why it’s so hard for her — and no matter how difficult, she still fights for him, for them to be believed by the Captain. So, yes, there’s more conflict in the making, but there’s also a partnership forming not merely out of circumstance. They’re bonding, if only over annoying questions. That’s what makes it interesting: they hardly know each other, but they trust each other — because they have to. And they share things, even stories they may have never told anyone else, because that’s the only way to explain to each other what their motivations are. Right now, that’s born from a sense of necessity; they’re out of their depth. But as time goes on and the more they’ll know and trust each other, it’s going to become a choice. A first choice to stick together was made right up there, on that street, with the Headless Horseman riding off; but there’s many more choices to follow until these two can truly call each other friends. Now that Abbie has had a ghostly apparition of her own — and guidance from Corbin, her surrogate father — perhaps it’ll be easier for her to reconcile the two truths in her mind. Ichabod may have been thrown into the deep end with his wife being a witch and all, but he lived in a time when these beliefs were widely held, he’s more accustomed to them. He had George Washington give him a mission, for goodness’ sake. We do not know anything yet about Abbie’s religious beliefs, but her background story is far more complex — and complicated — than his in this regard. She’s been accused of being crazy for most of her life, and to be pushed into a situation where it’s going to start all over again, and only going to get worse, her struggle is infinitely harder. But she can do it, and she doesn’t have to do it alone — which could undermine her agency, but the show makes it clear that her decisions are her own. Corbin gave her a hint, but she changed her life under her own steam, and she’s going to own this thing as soon as she finds her footing.

What’s going to be awesome is Jenny, Abbie’s sister, appearing on the scene and joining them for the fight.

Ichabod is also, who’d have thunk it, a fishwife. Abbie and Luke are not going to have it easy with him hovering in the background.

Were you and Luke formerly betrooothed?

A missed opportunity that’s got to be mourned, though: Ichabod’s memory. Giving fictional characters effortlessly eidetic memory for no good reason has been driven to the pinnacle by Suits; with a little more research the writers could have done more with this. Memory works very differently in our day and age: the demands on our capacity to remember have changed, but so have our ways of memorising and remembering as well as handling important information. People in the 18th century didn’t have the luxury of chucking stuff into a database and keeping it there for ready access at one’s fingertips, books weren’t yet fully available to the masses, and many people could not read and write. Ichabod would have to have a different and better-developed memory and recall, but not due to some doodah in his brain, but due to the differences in dealing with knowledge by way of mnemonic devices (such as the method of loci, for instance). What could have become a comment on modern information technology and our way of letting it make our brainy lives a lot easier was left at an unoriginal plot device. I mean, what’s gonna happen when Ichabod finds Wikipedia?

Oh, and when are they going to notice that Andy’s body is missing from the coroner’s office? You go, John Cho!

Next: For the Triumph of Evil.