This episode takes two of Sherlock’s relationships by the horns: that with Inspector Lestrade of the Yard and that with brother dear, Mycroft. Neither might be what you’ve expected. 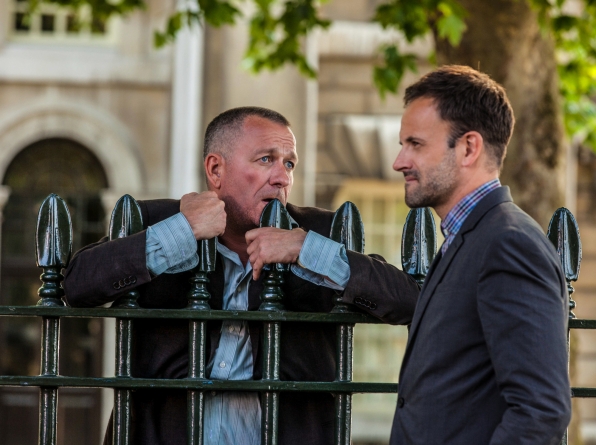 It’s an extended take on the partnership between the consulting detective and the actual detective, the one who got all the credit — Gareth Lestrade collected the laurels for the cases that Sherlock broke; and a monster was created. It’s not just the public outrage and the disgrace that follow when the story gets out into the public, but it’s the personal cost. Lestrade craved the attention, started to believe that he deserved it, and he still talks about old cases in a way as if he had solved them. The fame, the glory — they didn’t go to Sherlock’s head, but to Gareth’s, and once it’s taken away, the withdrawal doesn’t go as smoothly. Lestrade was right about the case, his instincts weren’t wrong, he is a good detective, better than the rest of them, anyway. Their relationship could have become many things. That of a lost boy and his surrogate father, that of unlikely friends, that of cat and dog unwillingly cooperating. In the end, it was a bit of each, wasn’t it? Except Sherlock now realises that he had the upper hand the whole time, and that he should have done more to ground Lestrade. He should have stopped not taking credit, perhaps, or should have stopped helping him… well, the list of things he could have done is worth nothing now; now that there is nothing he can do anymore. Gareth has no intention of going back to obscurity quite so soon and with quite such a bang, and Sherlock can’t rat him out, not now. It’s a tragedy, pure and simple, and one with no way out, which is an angle that the Holmesian canon doesn’t usually take a good long look at.

But in the end, Step Nine or working the programme takes Sherlock to a different address than he thought it would.

There’s bits and pieces of the Mycroft we could expect — Sherlock sees him as lazy, and doesn’t appreciate Mycroft refusing to go to any great lengths of work with his intellect; or, well, at least doing something worthwhile with it. For Sherlock, owning Michelin star restaurants is not worthwile. How very public-spirited of him, to borrow a phrase. Be that as it may, after — repeatedly — going down on Mycroft’s fiancée back in the day (and may I add: performing a sex act that is focused on the woman’s pleasure is not generally something appreciated by American censors) you may regard the soil they tread on as rather burnt. At least, that’s what it looks like to the outsider.

I do wonder if Sherlock really didn’t notice that Mycroft didn’t lose weight by exercise. He’s keeping his wrists covered, generally, Joan only spotted it because he was in his shirtsleeves. She may have had her suspicions about his weight loss anyway, but he generally looks well, so the marks were the only real evidence. Sherlock ought to have noticed, though. And if he didn’t, well, that tells you what you need to know about the baggage between the two, and how much it throws him off his game, this stupid childish feud. Fatty? Really?! Is that the best he can do? That storyline was certainly an unexpected inch of heartbreak to the left, though. Especially since Sherlock only did what he did to protect Mycroft from an unhappy marriage, which then escalated into years of conflict… Mycroft forgiving him is the best thing that could have happened to Sherlock. Having another friend and supporter — especially one based in London — is a new lifeline. It also allows him to get one step closer to completing the programme.

Note to self: when chasing someone through a park, take Joan Watson with you. She’ll knock the guy out with a baton without even getting slightly out of breath. 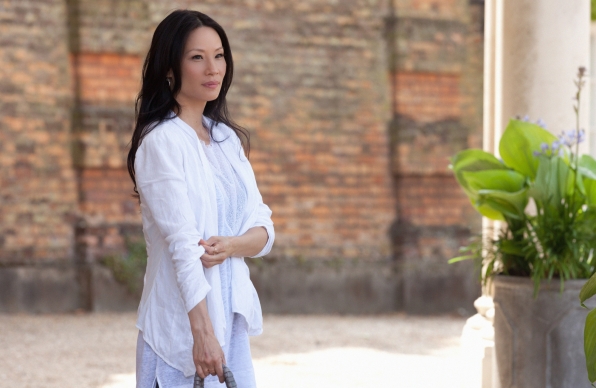 Next: Solve for X.