Previously on By Any Means: Episode 1.

As often happens, pilot episodes are either exactly what you can expect from the show, or pretty much the exact opposite. If, after last week’s debut, you expected dodgy dialogue and slightly wooden acting — this isn’t it, thank goodness.

The case had a lot more depth this time, set very far apart from the comedic riff of Episode 1 and the simple premise of, ‘We want this guy off the street, but we don’t have anything, so you go find me something.’ The stakes are more personal this time. Not only is Hopkins a friend of Helen’s, but there are actual human lives hanging in the balance this time, the audience is allowed to make a connection to these characters, especially to the grieving parents, that was sort of blocked in the pilot. 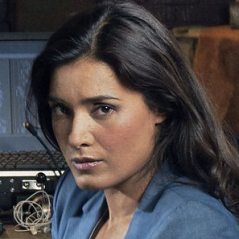 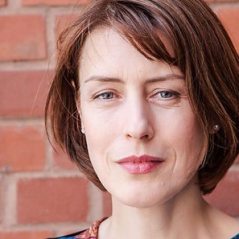 All around, the acting has improved a lot, the regular cast have really upped the ante (with the exception of Helen, perhaps, played by Gina McKee, who really doesn’t get enough screen time to tell at all, we only get to see one basic facial expression, and it’s rather pinched). Both Andrew-Lee Potts and Warren Brown have gotten some, uh, physical stuff to work with, too, albeit in completely different directions… and Elliot Knight, as Charlie, got to prove that he can walk fast in high heels a lot better than I can. I’m not sure about the whole dressing-up-as-a-transvestite-prank thing on the whole, though.

What’s important, though, is that Warren Brown and the others have found their footing with each other and with their characters, and it’s starting to be a real joy to watch. The con explanation at the end was mercifully short this time, which made it less redundant and gave the last quarter a much faster spin. Grifter stories live off the audience being conned along with the mark, and in this case, it worked out particularly well.

What was that comment about Jess’s psych eval results, though? She’s scaring the boys, she knows what she wants, and she’s good at her job, so she must be criminally insane, or what? Can we please have a female character who’s got a penchant for suggesting a mark’s violent death to save time and energy and who’s perfectly sane and alright upstairs instead of supposedly abnormal?

At least the journalist wasn’t shamed for sleeping who she bloody well wanted to sleep with — Jess did ask whether she seemed to be in love with Jack to see if a) he had taken advantage and b) if there’d be long-term consequences to watch out for. The entire time that sex scene went on, she was, obviously, the most vocal — which indicates focusing on her pleasure rather than the man’s, which is a good counterpoint to the rate-anything-with-a-female-orgasm-NC-17-while-the-dudes-can-come-as-much-as-they-want-in-anything-T-rated routine.

Meanwhile, Charlie is still having his doubts over the ethical implications of what they do, though it’s not coming to a head yet.