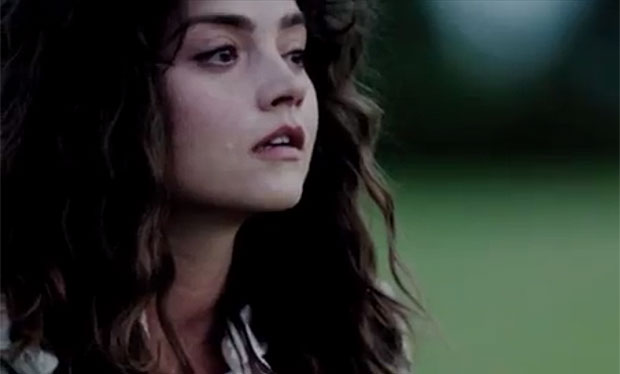 There’s many different ways to phrase Occam’s Razor, but this one from the first series of Luther, I’ve always liked best:

If we do believe that Wickham did not kill Captain Denny, then there must have been someone else in the woods. And the only people in the woods, at that time of night, were the Bidwells. There we are, then.

Since I’m going on about making it simple: couldn’t this have been a two-parter? I felt that three parts drew it out too much, that too much time was spent on exposition in the first episode, the plot spreading itself thin in order to lead into the mystery while taking up as much time as possible. Hence, the quality rises with each part of the mini-series, and I think the entire venture would have benefitted from a little compression.

The scripts were much better in Episode 2 and 3, especially in #3. The dialogue was quicker and had more density, thus bringing out the nuances of the characters with a lot more differentiation. I’d still say it wasn’t as good as it could have been, but it had its moments. Specially Darcy, Georgiana, and Lizzie fared better in this one, although it’s still a pity that Georgiana didn’t get more to do at all. Nothing practical, just… waiting to get married. Who knows what she does in her spare time, but apart from venturing out with Henry in Episode 2 to deliver the cancellation letters, we didn’t get to see any of that on-screen, not even a hint. Lizzie, at least, gets to go crime-solving at the last minute, providing the terrible solution: Will, Louise’s sister, killed Captain Denny, mistaking him for the cad who’d impregnated his sister and then run away. That cad, of course, was Wickham, who then proceeded to make arrangements for his sister (where did she come from, PD James?) to take care of little George. Roaming the woods of Pemberley, Wickham even made sure to choose initials the same as Darcy’s, so that if anything were discovered, he’d be suspected of having a sweetheart on the side — very clever.

And yet, Wickham didn’t murder his friend, and so we are to believe that, at least in this, he discovers a hidden well of decency inside himself. He comforts Lydia almost like a grown-up — and afterwards, they go to America, spirits restored, and I don’t even want to know what they’re going to get up to over there. Lydia, in the meantime, probably has a lot better idea as to what her husband’s been getting up to than everyone thinks. She’s also finally allowed to show that speck of brains I’ve been missing about her. She knows exactly what kind of situation she’s in, but she chooses to go through life with her attitude and her vapid conversation and her self-centredness because that’s what she wants. It doesn’t help that she might just actually be in love with Wickham, properly, despite the man he is. She wants to have fun, and Wickham can give her that. He may not love her, but he can’t leave her, so at least in that she is secure.

It was a good moment when Darcy finally realises that Colonel Fitzwilliam’s been lying to him all along, and that he’d nearly forced his sister to do the very thing Lizzie’s mere existence kept him from doing six years ago: marry for convenience, not for love. (I hope that he would have had this change of heart even if the Colonel hadn’t lied to him.) In any case, he’s finally realised what an utter prat he’s been, and that he should have never doubted Lizzie’s love for him, nor her loyalty. He loves Lizzie for her spirit, for her unwillingness to bend at the pressure social convention places on her, and he wishes for Georgiana to mature in the knowledge that this freedom can be hers, too. And then, golly — shagging in Pemberley!

Since I haven’t read the book, the trial and the minutes just before Wickham’s supposed hanging provided actual suspense for me — I don’t know what it was like for someone who’s read it and knew that he’d be freed at the last second, but I liked it. What else I liked was Lizzie’s little interlude with Lady Catherine de Bourgh; Lizzie’s quiet insolence always sustains me in the face of such pretentious pomp.

On balance, I think the characters remained slightly woefully flat, all of them, sort of neatly packaged within their predetermined range of characterisation — which, normally, is quite alright, but here that range was just a little too narrow to carry three episodes of period adaption, especially when it concerns characters we know so well.