“Why don’t you slip into something more comfortable? Like a coma?”

Dorian’s cranky because his power levels are low. So, when Dorian’s cranky and someone like Det. Paul insults his partner, on top of giving MXs charging priority, then there’s one certain subroutine that kicks in. You know the one. Talk shit, get hit.

“Alright, Captain Energy, you can take your cape off.”
“He’s obviously not fit for duty.”
“I’d take a partially charged DRN over a fully charged MX any day.”

“That’s my trophy room.”
“That was high school, man. Time to move on!”

Now what I want to know is: how does Dorian know what kind of trophies are in John’s spare room? Really? What’s even better, though is the introduction of Angry Discoface.

… did John just do the claws and a little cheetah roar? And then pat Dorian’s face to wake him up and repeat the cheetah bit because he’s just so impressive? Because I’m beginning to think I fell asleep on the train home and got dreaming about fan fiction. It’s brilliant!

The fan fiction just writes itself 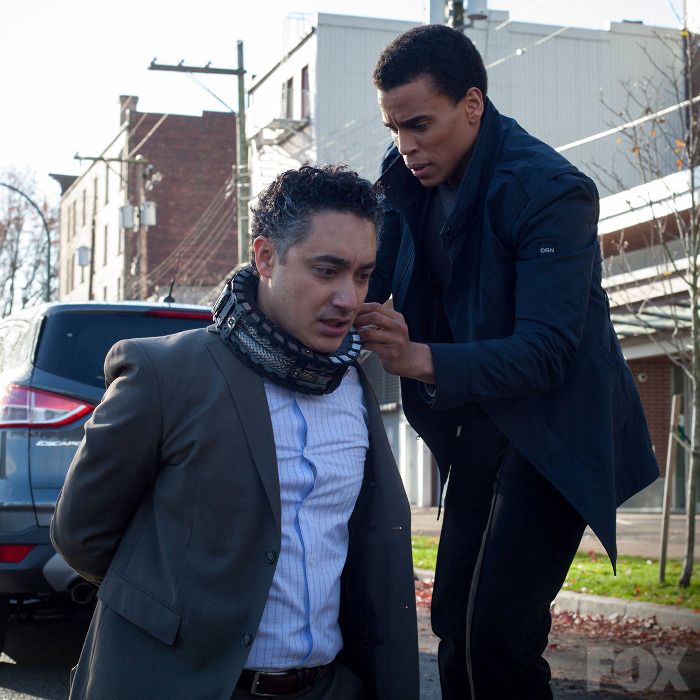 Cranky, emotionally vulnerable, undercharged Dorian is my favourite Dorian — and that’s saying a lot, considering how much I love him already. Michael Ealy is so fantastic in this role: there are so many nuances to Dorian’s facial expressions and delivery that we get every week, it’s amazing.

“Do I look like I’m in the mood, John? I’m vulnerable right now, man!”

“Dorian, will you stop punching things?”

May I introduce: exasperated detective husbands, Dorian and John Kennex.

-John and Rudy talk about Dorian’s wish to move out, Dorian throws plastic tray at John-
“Humans, off!”
“See what I have to deal with?”

To Dorian, his desire to move out is not a “minor personality glitch.” It’s his life, and he wants to spend it as he wishes. In his own space, not cooped up with MXs that he has virtually nothing in common with. It’s real to him, so the meta conversation of John and Rudy talking about him, with turned back, like he’s got buggy software, is more than a little insulting, albeit reality, too.

Where does this stuff even come from?! 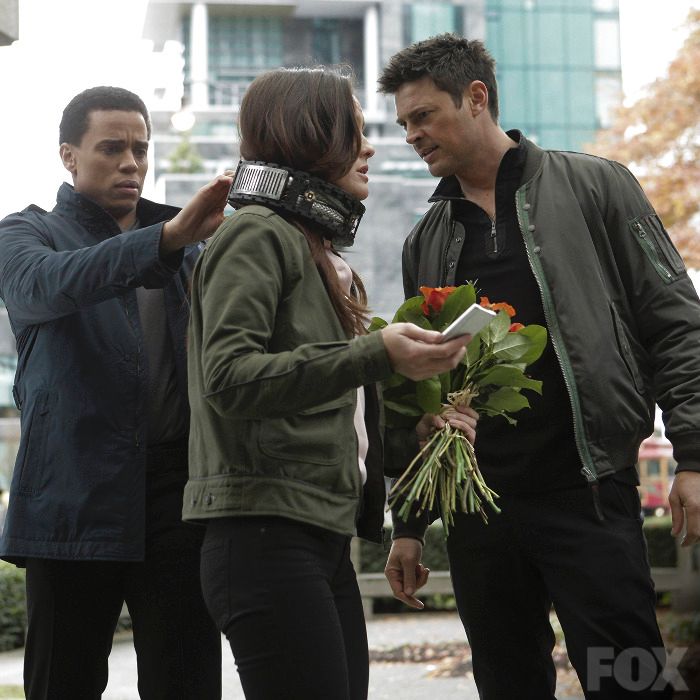 And again, when Dorian tells him to get himself to safety, John isn’t having any of it. Four hands are better than two, after all. And this time, Dorian doesn’t even argue, ’cause running in 47% charge, he’s not in the shape to do this alone. (Hang on, a DRN working as a cop, a profession with unstable working hours and potential all-nighters all week, and 47% is such a low charge that he starts messing up his colours? At least pick something below 30, writers.) But anyway — they succeed. And Dorian’s not cranky anymore. Instead, he starts hugging people.

Oh come on, John, you’re just as happy as Dorian, it’s all over your face.

In the meantime, John vouching for Dorian with Captain Maldonado is so, so important. Remember, first episode, he didn’t want one of the crazy ones? Now the crazy one is actually a little crazy, and John still wants him out with him in the field, although he does advise him to stay back — but that’s clearly more out of protectiveness than doubting Dorian’s capabilities.

All goes well, until it’s John who gets taken, and Dorian’s his only hope. 10% — now we’re talking. Wait — did Paul just call Dorian smart? Yeah, he did. ’cause it’s a fellow officer in peril, and Dorian is willing to go out on a limb to save him, with a better plan than any of the others could come up with.

“I gotta admit, I’m gonna miss his little outbursts. They were kinda hilarious.”

And that’s why John asks for a favour — not for himself, but for Dorian. Even though the, uh, levels of excitement may vary. Rudy, stop rambling. Please.

There’s also a way in which John and Dorian aren’t as different as they might think — they’re both being regarded with weariness by the others in the squad. Dorian because he’s the crazy one, and John because he was the only survivor of a raid that was his responsibility and that spelt temporary defeat against the Syndicate, who then spent 17 months in a coma and is now back, against all the odds and pretty much every rule in the book. (Nevermind the fact that I’m still waiting for the other shoe to drop. Hello, where did his PTSD suddenly go?) And they’ve both got Sandra Maldonado to thank for their second chance.

Next: You Are Here.