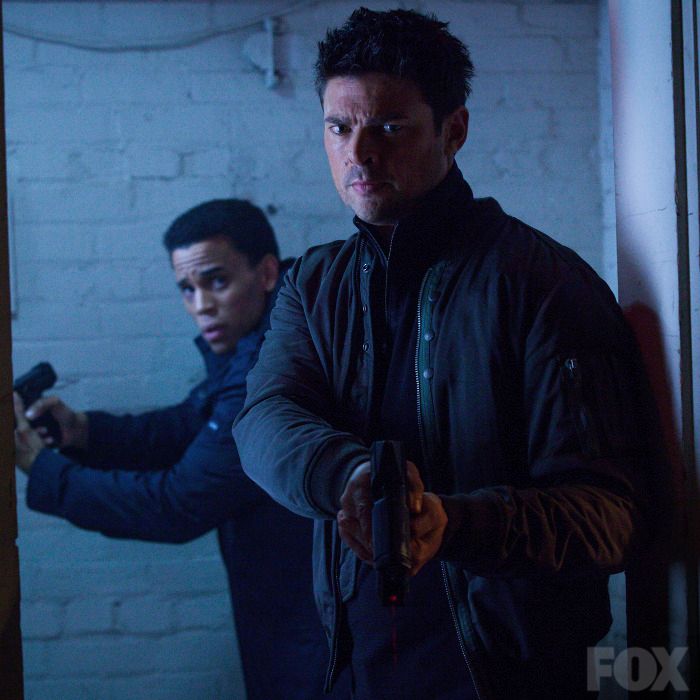 And now, seven weeks later, John’s anger and trauma issues are finally picked up again after lying dormant for all this narrated time — along with the Syndicate’s threat.

Dorian is more than a bullet catcher, not just a faulty machine. And that’s where the conundrum comes up again: when is almost human, human enough? John shoots up an MX that derides his partner — who knew MXs could get jealous — without a second thought, but he would strongly object to Paul shooting Dorian. On the face of it, Dorian is a machine, but his human personality makes him count as closer to a living than an MX. He can say that he’d get rid of Dorian like he would of a faulty toaster as much as he likes — he wouldn’t. Know why?

Because he hasn’t shot him yet.

Funnily enough, Dorian then becomes a bullet catcher, first to save Kira, and then during the showdown with the arms dealers — and John worries. He worries because Dorian isn’t just any happy toaster, he’s John’s happy toaster.

Sadly, this episode is a little lightweight. Very enjoyable, certainly, and generally suspenseful, but only briefly touching on some issues and leaving them sort of dangling there.

The conundrum of MX and DRN, I’ve already talked about. Then, there’s the weapon advancement, echoing what’s already happening in the 21st century: drones can be used to remotely destroy entire landscapes, but, so far, at least bullets have to be fired from somewhere within a few hundreds yards. What if technology like this really existed, what if people could be assassinated remotely? 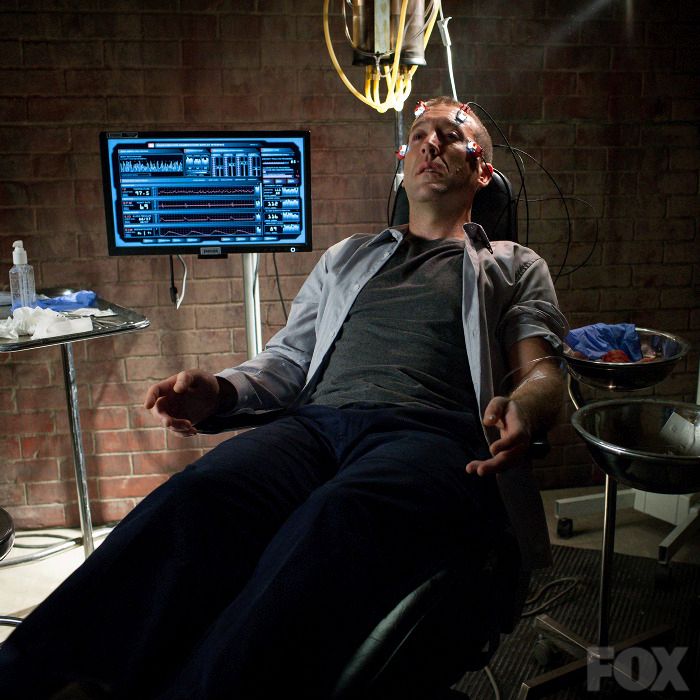 Another thing: memory scrubbing. I’d guess John would be opposed to the practice anyway, but it’s pretty clear why he doesn’t like it: he lost some of his memory due to his injuries and the coma, and it’s canonically unclear whether he has fully recovered them. As much as he might want to forget what happened, as much he might want to forget about Anna so the pain would stop, he won’t. Memories make us what we are — another thing alluding to Blade Runner, where the androids get fake memories implanted to give them the illusion of happy childhoods and a personal past that goes further back than the assembly date. But there’s always going to be people whose memories are the opposite of happy, those whose memories are hollowing them out. But then, what would we be without the painful memories, the memories that tell us how we dealt with bad experiences? And what’s to say that, if Kira scrubbed her memories of Anton, she wouldn’t still be feeling the loss — just wouldn’t know why.

Meanwhile, Valerie Stahl finally has lines again — pity that the writers aren’t taking more time to explore her character in a scene that has nothing to do with John Kennex, for once. It’s not enough to only show her in relation to that one character. The significance of John using paper and the pen Kira gave him to presumably(?) write down his number (or whatever else) for Valerie is pretty obvious — no subtlety in telling us where this relationship is probably going to be headed.

It’s so weird to think about, though: no-one on this show uses anything other than digital files etc., nothing is done on paper anymore. It already stood out to me during the beginning of the season, but to see it highlighted like this feels strange — I work at a pretty paperless office already, but I couldn’t imagine going without notebooks and pens and paperclips. What about you?

iThere are no comments