Previously on Almost Human: You Are Here.

Pinocchio meets Gepetto — but Gepetto isn’t the kind old man from a fairy tale anymore; and not for the first time it’s Dorian who’s doubting his humanity — while none other than John Kennex keeps the faith. Meanwhile, I’m having some issues with how this show treats ideas.

Does being created mean being predetermined?

All in all, I love that this episode introduces us to Dorian’s creator — the mind behind the Synthetic Soul programme. I love that this deals with science as passion, with scientific creation as a process of giving life, with Nigel’s love for his creations as the love parents have for their children. I love that Dorian learns that love can also turn into betrayal, and that although he comes from a “batch,” that doesn’t mean he has to be a certain way, that he can make his own way. He is nothing like Danica, even though their basic blueprint may be the same. Many may think of DRNs and MXs as clones — and perhaps that’s true for MXs, by virtue of their programming. But DRNs were born to be unique, each intelligent enough to forge their own fate. I love that Dorian is learning to separate his identity from that of his “model.” Dorian’s grim retort, “We’re nothing alike,” just before he attacks her restates the separation, the autonomy of his identity from that of a product line. He’s still hyperaware of the fact that’s a DRN. He was betrayed by the man who made him, by someone he was prepared to love as a father — and now he has to cope with it. He’s got to get through it. His future can’t be a foregone conclusion, or a self-fulfilling prophecy. It’s his life. 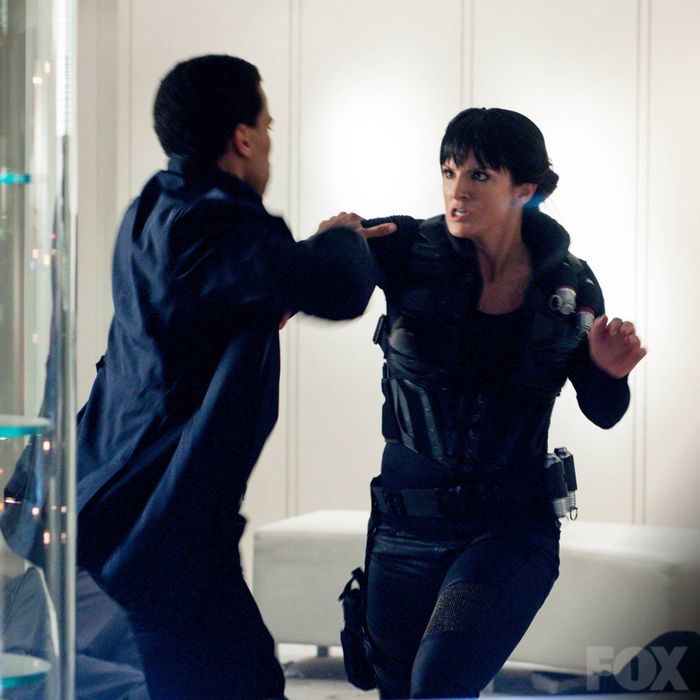 Dorian and John grow closer and keep the faith

What I love is that, after the big fight, it’s John and Dorian, the amalgamation of the fusion between man and machine, each in their own way, standing together in the rubble. Taking stock of one another: of injuries, of parts that need to be fixed, of the fact that they got out of this alive, and through joint effort. It’s like they see each other for the first time again, slowly approaching each other, almost cautiously. They ask each other if they’re ok. John admits that his synthetic leg, that he just used to practically catapult Danica and the grenade attached to her out of life-threatening range, has grown on him. I love that we all know — that John and Dorian both know — that he doesn’t just mean his leg. He’s kept the faith in Dorian’s free will and humanity all this time, and we all know he hasn’t been anti-Synthetic for a long time now.

I love all of that. What I don’t love so much is that Almost Human is still making the mistake of glancing at ideas, powerful ideas that come part and parcel with the genre and the subject, but just skirts the surface. As I said, it transports hugely powerful ideas about technology and humanity, and the interplay between the two. But a trope is never enough. You can’t let a familiar trope write the story for you and pretend that that means you showed how well you understand the subject. A trope will never substitute cutting-edge dialogue, or well-directed scenes. It feels like there’s so many things left unsaid, so much left unexplored. The Synthetic Souls, for instance: how? And how much control did Vaughn have over how they turned out? How much control did he have over Dorian’s sunny personality? I mean, if you can make a Synthetic Soul, how much material do you have to generate? The entire personality? Just the seeds? How? If Vaughn’s mood at the time of creating the Synthetic Souls had an impact, then why didn’t he harness that in the first place? And were all the DRNs of the first line as cheerful as Dorian, then? And how on Earth did he figure out how to synthesize a soul? Is it code, is it substance, is it matter? Anti-matter? Is it the God particle in a tube? I’m missing the philosophy behind it, the age-old question of where in the body the soul resides, if it does indeed reside anywhere. Is my soul a jumble of electromagnetic pulses inside my brain? I understand if writers can’t really answer those questions, no-one can. What I don’t understand is why they’re not even trying to ask the question. I want questions, I want debate, I want John aggressively asking him who he thinks he is to claim that he can create a living soul, a mind, a personality, the one intangible thing. I want John to ask him why he thought it was a good idea to create near-human beings and expose them to this world caught in an eternal dichotomy inside their own heads, leading some of them to commit suicide. I want John to get all up in Gepetto’s face and ask who he thinks he is to create life, to make artificial humans, to play God. Not because he hates Synthetics. But because he’s been seeing the way Dorian struggles with himself and others, and because that struggle isn’t a blessing, but a curse. Because Dorian deserves better, deserves straight answers to his questions.

But instead, all we get is: “I wanted to capture the intangible.” And quiet acceptance of the fact from everyone around him, even John. 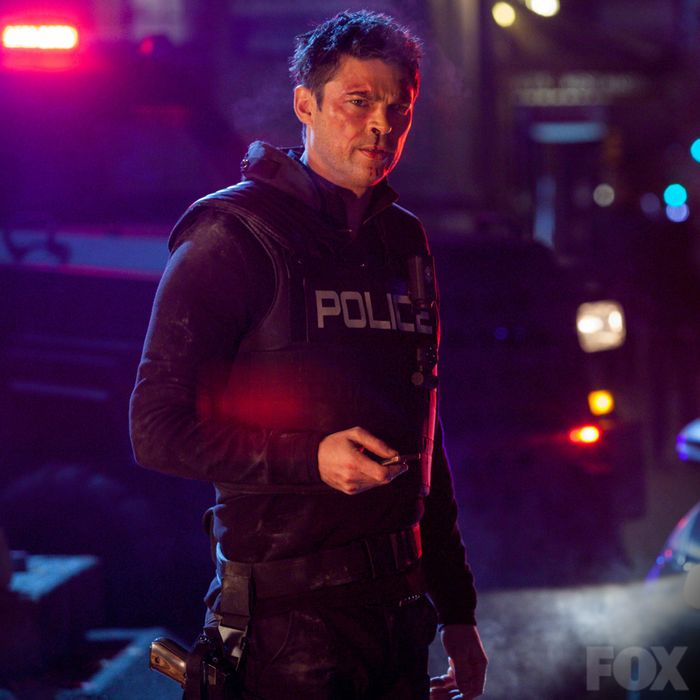 The other thing: the Wall? Have I been asleep since November 17th, or has this Wall just never been mentioned? Or just once, in passing, in the Pilot? Because, to me, this is news. What’s the wall? Why was a part of LA sectioned off? And why did the consultant say that “no-one with that level of intelligence would still live on the other side of the Wall.” At least not by choice. Does this mean that the world beyond the Wall is some sort of cesspool for the unwanted parts of society? Was this area sectioned off by the government? Was it a quarter of the city? Was it a ghetto? Were people moved there against their will? What the fuck is the Wall? Did it start out as something like the black market? Did it start out as the criminal quarter? Who’s living there now? 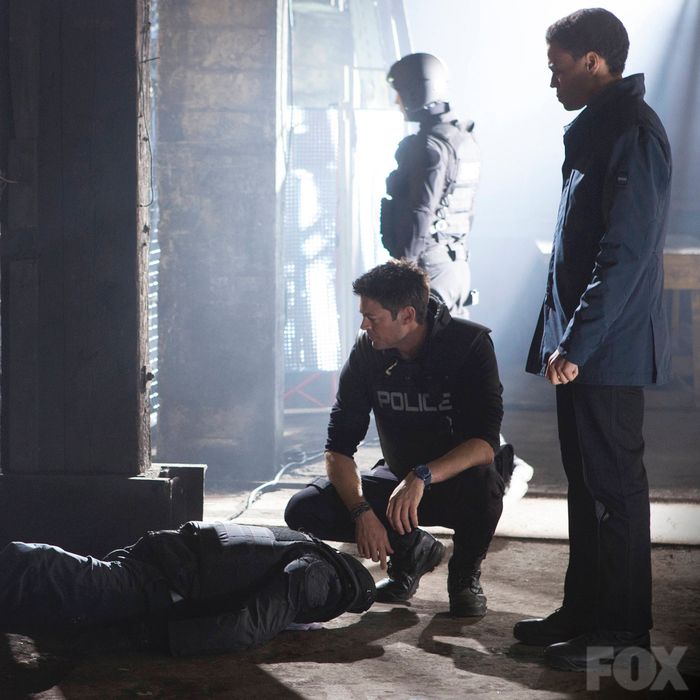 I guess we’ll see next episode. And I hope that we’ll be getting some actual answers this time around.