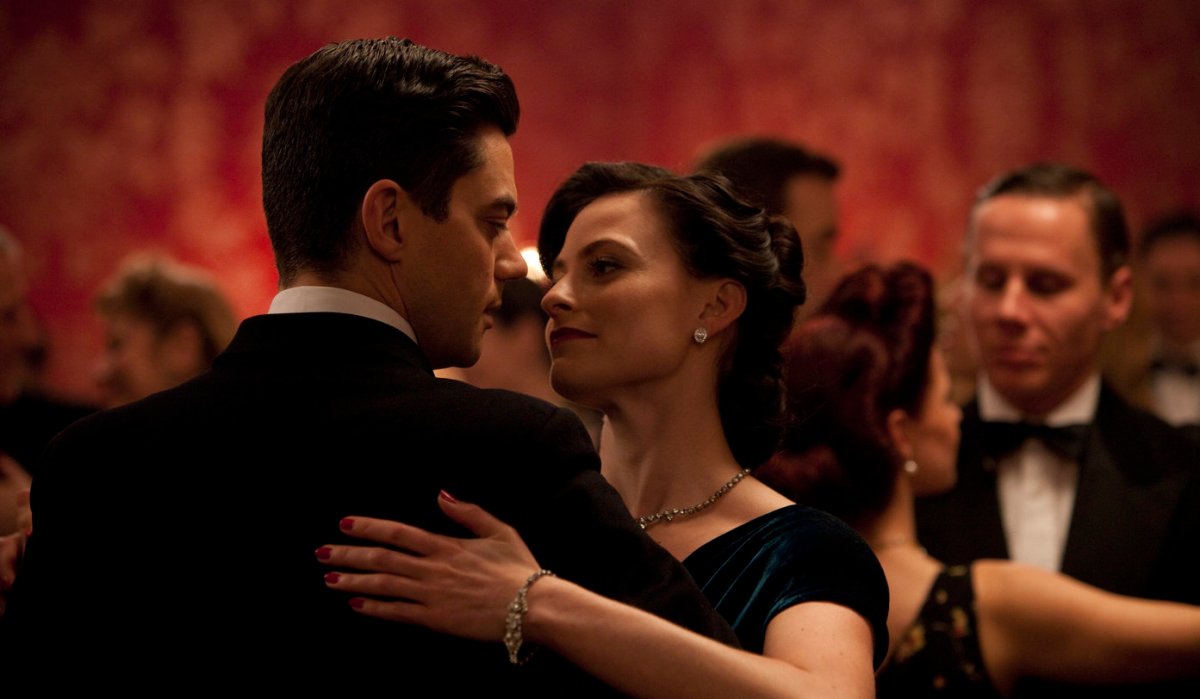 Previously on Fleming: The Man Who Would Be Bond: Episode 1.

Did that really just happen?

In this episode, even more than the first, Fleming: The Man Who Would Be Bond puts its foot in it in one aspect in particular: it taps into the fallacy of using Bond’s characterisation in the movies rather than the one we see in the books. Novel!007 is really rather different from movie!007, and it’s been reported that Fleming wasn’t thrilled about the way his writing had been handled before he passed away in 1964. James Bond often gets accused of having no emotions — when in fact, in the novels, he loves and gets furious and mourns and cries. Novel!Bond is very aware of what his work entails, and much more in tune with his feelings than especially the sleek, unperturbed ur-Bond Sean Connery’s suggests.

And now, we get a Bond full of man-pain, who treats women the way he does because his mummy made him break up with Monique. When he could have just taken his own fate into his own hands, accepted the disinheritance and fucked off into the sunset. But nooo, couldn’t have that.

Are they serious? That’s this production’s reasoning for Ian Fleming to be a mess of movie!Bond proportions? Gambling away government money like he did in the first round in Casino Royale? This mini-series is trying so hard not to be Bond movie, and yet… and predominantly using the movies as a textual frame of reference is missing the point so completely that I want to vomit. It romanticises his so-called coping mechanisms in the extreme, and yet encourages us to like him. To identify with him. To love the asshole, because he’s the good guy who’s going to win the war for England.

Well, I’ll tell you something. I can’t stand him. And the way they’re portraying him, that should be the point.

He sleeps around, but tells Muriel she’s the only one who matters. Meanwhile, he keeps pursuing Ann O’Neill with stubbornness and impertinence. And then, when she all but throws herself at him, he suddenly doesn’t want her anymore. He fucking kisses her during a raid, while her lover, Esmond, is nearly killed looking for her, and then, when they’re sitting in a shelter, he fucking dares ask her whether she doesn’t love her husband and her lover? How bloody dare he, with the double standards and manipulation. He just leaves her behind, to look for Muriel, only to find that in his haste to get to a shelter with Ann, he’s completely forgotten about her. Has forgotten that she might try to reach him, that she might try to wait for him in her flat. Of course, the narrative is blaming her: it was a raid, she should have gone to a shelter immediately instead of staying behind, it’s not Ian’s fault. But it is Ian’s fault.

The second thing I hate is the rivalry between Muriel and Ann about exactly one thing: Ian. They don’t serve any other purpose, in the narrative, than being his love interests, vying for his attention. That’s it. That’s all they are. Driven by seeking romance and nothing else, they’re the foil to his hero journey. They’re plot devices. Pawns. Figures on a chess board that can be sacrificed at any moment, to fuel his manpain. There are two women in this piece who have terrific potential, but all they do is fight over a man, ripping into each other. Great. Women fighting over a man instead of empowering each other in an oppressive society, love that. And Monday? The Moneypenny prototype is just there as mother hen, admonishing Fleming every now and then and helping running the ship. Only just. In the end, she’s going to run his cigarette errand for him.

That scene at the end was appalling. Without asking consent, without warning, and clearly against Ann’s will, Ian as good as rapes her. No, not as good as. He rapes her. I don’t want to hear that she enjoyed it, after all. She exhibited clear signs of fear and struggle when he undid his belt, and then again when he opened his pants and it was clear he wanted to penetrate her. To show in such a narrative that resolving an argument with violent sex with Dom/sub characteristics, without preparation, without asking consent, without clear boundaries and agreements, is in any way alright is appalling and disgusting and the stupidest thing I have seen on television in a while. “That’s how she likes it, clearly!” isn’t an argument for anything in this situation. It’s an intrusion into her rights to her own body, it’s an annihilation of her agency. It’s movie!Bond as its best, like when he forced himself on Pussy Galore in Goldfinger. In a franchise that has so many issues with sexism and patriarchy and hyperactive masculinity, showing this on screen and just treating it like another day at home, after which Fleming goes back to work to save the world, is horrific and so badly judged that I’m not sure if I’m going to continue watching this at all.