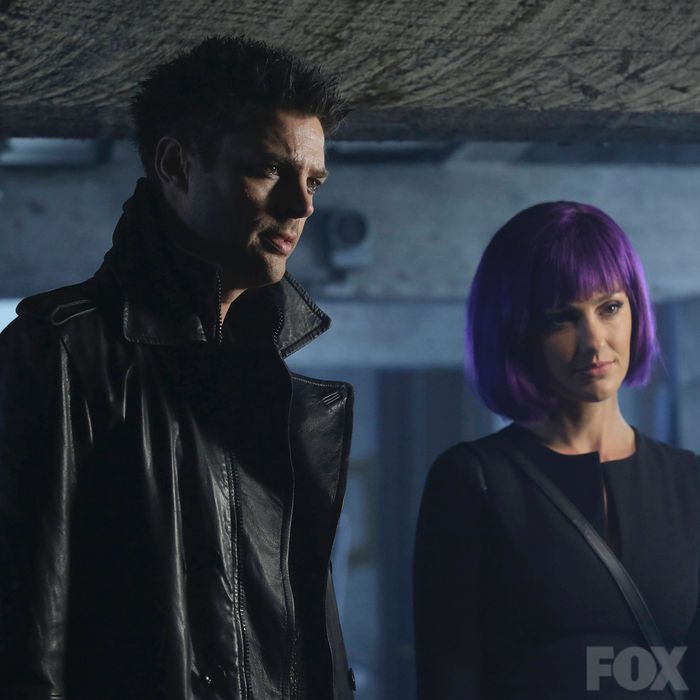 Bless whoever made the executive decision to put Karl Urban into a nicely popped-collared leather jacket and lots of eyeliner. Bless.

Oh, and: Kiwi accent! Goodness me.

Memories and their reality — or lack thereof

Again, this episode alludes to Blade Runner via the planting of fake memories in Dorian’s mind — the droids were also never children, but the goal was to make them believe those fake memories themselves. With Dorian, he knows it can’t be real. So, to the worry about Rudy invading his personal space is added John’s concern about his partner, and Dorian’s fear of malfunctioning without a warning, of being unable to cope with the emotional load of what he’s experiencing now that he’s got human connection.

Rudy’s lying when he says that there’s nothing more to Dorian’s flashes than reconstructed memories that he didn’t erase properly. The conversations they had are real — but this isn’t. There’s something wrong with Dorian — and that’s the cue for John to start worrying and kicking and screaming to help him, and to keep him on active duty. His first instinct is to tell Dorian, to let him know — it speaks of the trust John has in Dorian now to be able to deal with it. John categorically denies that Dorian might go nuts one day, because he trusts him and, more than that, because he needs him. He won’t believe that Dorian might malfunction, because he can’t accept the possibility. John doesn’t want to keep this from Dorian because he has a right to know — for all that John mocks Dorian at being indignant about Rudy rootling around in his head while he’s on standby, here he is, applying the same rules to Dorian that he would to any other autonomous person that he cares about. Rudy can only convince him not to tell Dorian yet because we all know what Dorian is like: he’d probably volunteer to be decommissioned — and that’s the last thing John wants, ever. 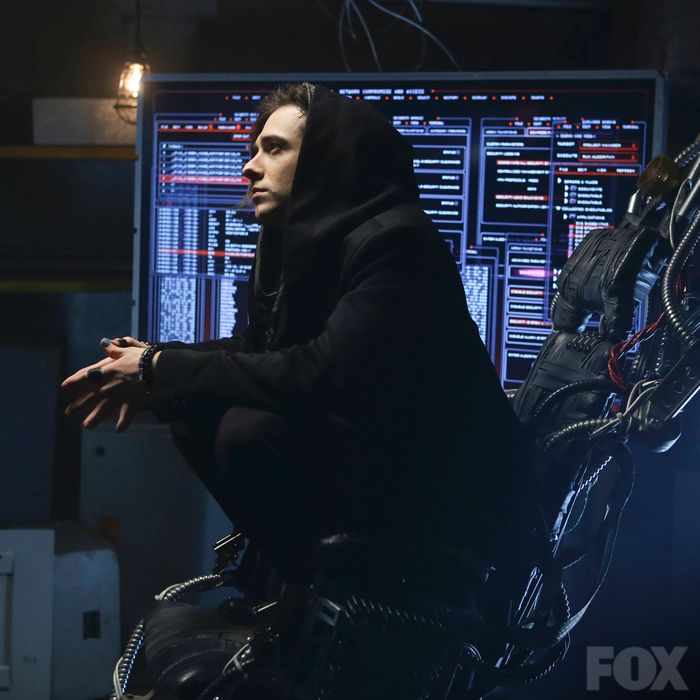 The theme of the episode ties into Dorian’s fear as well: smart homes that start randomly killing people? It could be a nice tale of the rise of the machines, but in the end it becomes more about the human element behind it, the possibility of remote manipulation. Again, the show starts off with one classic SciFi trope and then goes off on a tangent it can’t come back from, and ends on a sort of discordant note, plot-wise.

What really rankled me: John telling lies about Detective Paul being in the hospital — that’s so damn childish. Perhaps it’s an expression of the college humour of a predominantly male writing team, but it feels completely out of character, on top of stupid. How did the writers think that would be a good idea? Sure, they don’t like each other, and neither of them are above making snide remarks and inappropriate “jokes,” but this is definitely going too far — and I want to see John held accountable. Really accountable, not just let off with an admonishment from Captain Maldonado that continues aiding and abetting asshole behaviour like that.

What I loved: the inference that the female ME has a sex bot at home, and no big deal being made of it. Yes, John’s surprised, but he becomes aware of his imminent preconceptions and shrugs it off.