I watched Ghostbusters this past weekend, making it a point to go see it on its opening weekend here in Germany. I’d been looking forward to it pretty much since the first announcements, and definitely since the first casting news. I watched and up-voted the first trailer everywhere I could, I followed the dudebro/misogynist and racist backlash against this movie as well as its actresses, particularly Leslie Jones, with increasing rage. However, I also read so many good things about it from delighted critics (mostly women) and bloggers, celebrating the many things this movie gets right. In short, I was really stoked to finally see it, make up my own mind, and quite frankly: goddamn enjoy myself for a change.

The setup: I haven’t seen the first two movies in over ten years and I frequently confuse plot points between the two, so I can’t really speak to any similarities in plot or story. I did ponder rewatching beforehand, but I realised one crucial thing: I don’t care. Because I had fun. 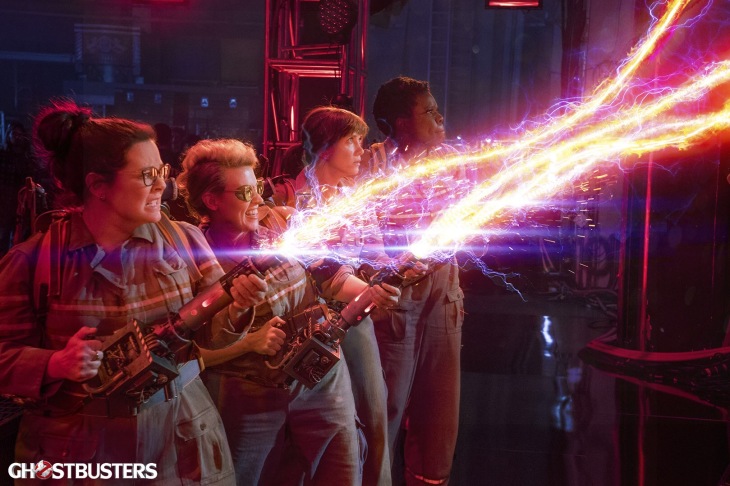 Not every movie or TV show or movie can be Orphan Black, the one show I’ve watched in recent years that consistently surprised me. This movie may not be a wholly original IP, and the confusion over whether to call it a remake, an adaptation, or simply an expansion of that universe may or may not be warranted, but it is an enjoyable continuation of a well-loved franchise, with a recognisable setup and lots of refreshing, new, and exciting content. I loved it for all the elements I did recognise and for all the new stuff, equally — I recognise that, generally, we should be aiming at telling new stories. Hell, I’m not thrilled with the MacGyver remake on TV, I really could do without the Prison Break revival, and goodness knows the new Heroes were kinda weird. BUT I’m really looking forward to Twin Peaks Season 3, and I loved seeing people jump for joy at getting new X-Files, even if maybe the series wasn’t that great, even if maybe the IP didn’t age well. For me, it’s come out to be a difference by degree, not category, because otherwise it would be hypocritical of me to condemn one studio for trying something like this and applauding another.

That said, yeah, I’d watch these four women in ANY movie or TV show together. But I also really, really enjoyed watching them be Ghostbusters. 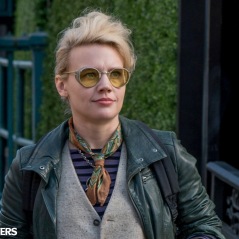 There’s so many great things about this story, and I’m going to go with bullet points here because this is my blog and I can do what I want:

That stuff went everywhere, by the way. In every crack.

As such, in essence, my response to people telling me they didn’t like the movie because it wasn’t as funny as the original, or because they didn’t see the need for a genderswap remake, or because they feel like it ruined their childhoods, is this: I am not remotely interested in whether you like it.

It may not be an original IP, but telling this kind of story is entirely and absolutely necessary; and, in my eyes, entirely worthwhile as long as it’s entertaining.

Oh, and one more thing: Safety lights are for dudes.

Because anyone who doesn’t understand that this kind of story, that this kind of subversion of tropes isn’t sexist against men probably needs that safety light on to make sure they’re still breathing. This movie doesn’t treat men badly, certainly nowhere near as badly as women in fiction have been treated for centuries before. The only “bad treatment” they’re getting is not being the centre of anybody’s universe. It is, in the case of the dumb blond(e) “male lead,” getting a small(!) taste of their own medicine, experiencing a work of fiction as we so often do. It is, in making the villain who he is, the frontier pushing back. It is women proving wrong the haters. That’s not sexism. That’s reality, for as long as we don’t live in some Utopia where gender inequality and misogyny are dead and gone.

I have empathised and identified with male protagonists in lieu of suitable female characters, in lieu of HEROINES who looked like me and felt like me, for over two decades now. If men cannot handle feeling that same empathy, that is not my problem. And to all those who REFUSE to do so without even trying: this movie was not made for you. Get over it.