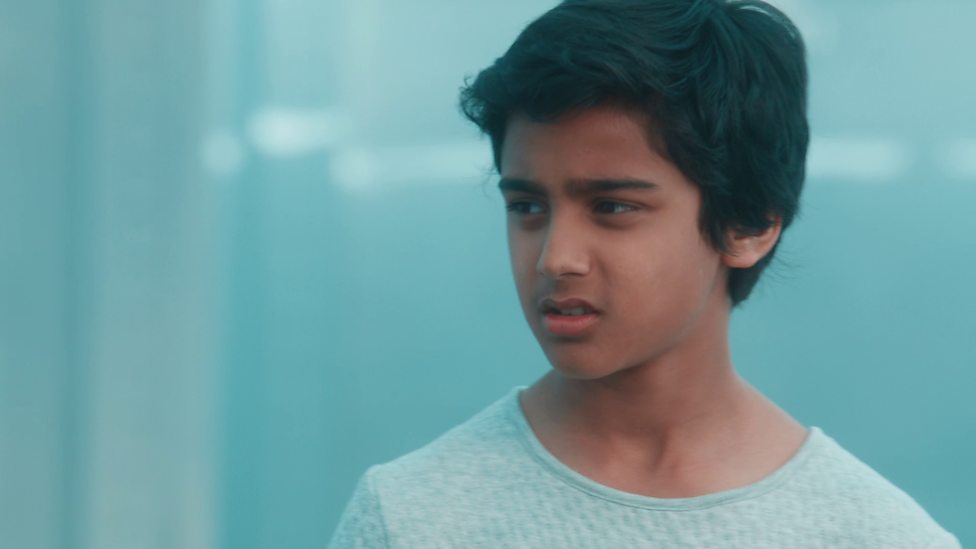 In this episode, the Doctor breaks his vow: he goes off-world, taking Bill into the future — into a brave new world in which everyone must be happy. Or else.

Now that is a proper robot

After complaining last week that the plot was paper-thin, this one was much better — really, really weird, but much better; especially since the Evil of the Week didn’t turn out to be actually evil. A lot of the time, evil masterminds are planning the destruction of the universe for some reason or other, so it’s really great to have a story in there that puts a twist on it. The mystery was engaging, I found, and I liked that the Doctor figured a few things out very quickly but then realised, a few times in rapid succession, that he got a few of those things wrong, too. And then promptly sets out to fix them. 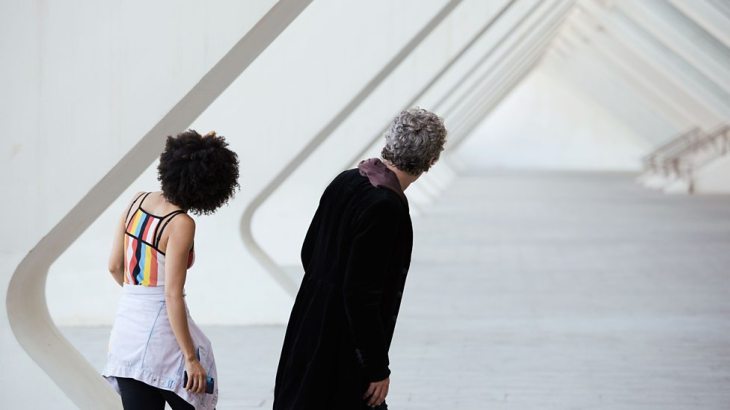 The best undercurrent of the whole thing was that the humans actually are proper colonists now: the emoji bots are now recognised as an emerging life form and not a slave class; and the humans who sent them ahead are now gonna have to bloody well deal with the fact that they were not the first living beings on this planet. And since they didn’t want to do all the hard work themselves, they’re going to have to ask for help, for permission to share. Hopefully, this attempt at cohabitation will have a better run than the many, many examples of human colonisation before.

And it’s that optimism that’ll get you killed

I knew an emperor made of algae once — he fancied me.

See, it’s those kind of throw-away lines that do not actually constitute representation. They’re nice, but they don’t help. Clara canonically kissing Jane Austen has established the Tiny Bisexual English Teacher Clara Oswald fandom, but it’s not ground-breaking. Bill having an actual near-relationship with Heather, that was.

An additional tidbit I found out over the last week: William Hartnell’s nickname was Bill, and his wife was called Heather. How sweet is that?! 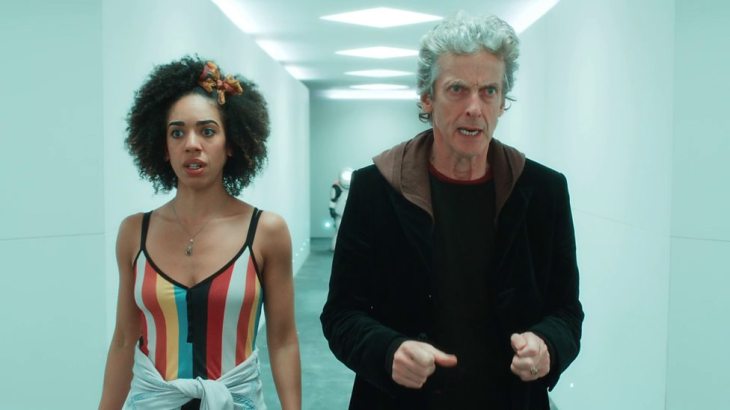 Speaking of: Bill is still the best companion that could have happened to the show at this point. (I so, so hope she’ll stay on.) I loved her opening scene with the Doctor, asking him stuff about the TARDIS that no-one’s asked before (at least not since 2005), being curious and clever, and her irreverent attitude is such a breath of fresh air. Requirement #1 of any companion is not putting up with the Doctor’s attempts at deflection, and while she lets him get away with some, she presses him on the important stuff and doesn’t let up, but doesn’t come across as nagging or a buzzkill. The chemistry between Peter and Pearl is wonderful, and so markedly different from the way he was with Jenna during her time as Clara, which really just sets me in awe of actors in general and the Team TARDIS in particular. Pearl Mackie is a brilliant actress, with great comedic timing as well as great nuance for more serious conversation. (And her outrage at “Is this bloke utopia??!” had me snickering.) The bit about her asking about the Doctor’s two hearts was a bit protracted, but that wasn’t her fault, you can blame that on Frank Cottrell-Boyce 😉

Having a new companion also means that we get to see some genuine reactions to things that we’ve been taking as read since 2005. The destruction of Earth, for instance, the fact that every population has had to evacuate — leading to The End of the World, leading to Utopia, leading to The Beast Below. We know all that, but for Bill, seeing Earth destroyed, seeing humans having to flee, it’s a shock to her. Sure, being the Doctor’s student, she knows the sun will expand one day, but Earth is still her home; and it’s very different hearing about it happening at some point in the future. Here, it’s already happened — she’s reading the book on it. I think it’s a great wake-up call for us in re: “old” storylines to see her actually grieve for that, for her planet.

All in all, I think this is a very promising continuation of Series 10, and I’m really looking forward to That Time the Thames Froze Over and Creatures Ate People!