What life? I’ve been away. 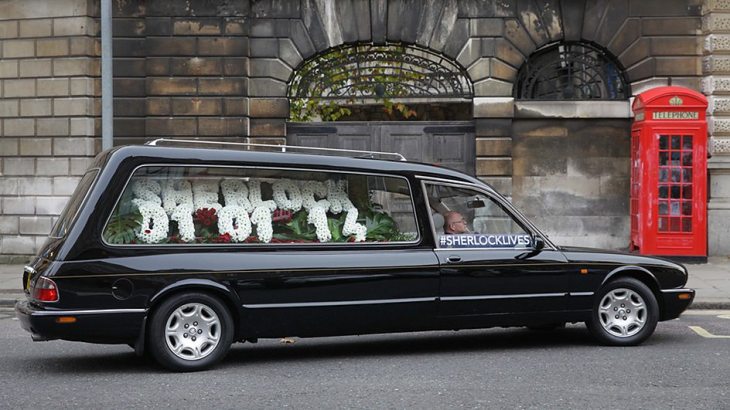 The BBC have announced the UK broadcast date for the series premiere of Sherlock‘s returning 3rd series in a most extravagant and morbidly fitting fashion: by sending an empty hearse decorated with flowers through the streets of London this very morning. Images of the event were hashtagged #r3spects.

The broadcast dates run as follows:

Last night, when only fearless nightbloggers and Australians were awake, the BBC One Twitter handle confirmed the title and a teeny tiny synopsis for this year’s Christmas Special, and Matt Smith’s last adventure as the Eleventh Doctor.

We can confirm that the title of the @bbcdoctorwho Christmas Special is 'The Time of the Doctor'. #DoctorWho http://t.co/N2ni2V4qjO

In #TheTimeOfTheDoctor, Clara&The Doctor must go to a quiet backwater planet to learn what some strange signals mean for his last existence.

In a very roundabout way, the BBC One Twitter handle tonight also told us a little more about The Empty Hearse, strongly implying that our favourite consulting detective would return for the festive season:

... and then there's #Sherlock. Two years after the devastating effects of The Reichenbach Fall, Dr John Watson has got on with his life.

But, with London under threat of a huge terrorist attack, #Sherlock Holmes is about to rise from the grave with all the theatricality...

...that comes so naturally to him. It's what his best friend wanted more than anything, but for John Watson it might well be a case of...

...'be careful what you wish for'. #Sherlock

It was properly confirmed this morning by the BBC One tumblr:

David Tennant and Sophie Okonedo star in this BBC One drama penned by David Wolstencroft — the brain behind Spooks/MI-5. This one’s about a junior barrister, Will Burton, who has a knack for getting everyone he represents, young defendants especially, out of just about any sort of legal Houdini bind, hence his moniker, “the escape artist.” He’s never lost a case — but this murder trial, defending a young man named Foyle (played by Toby Kebbell) might yet cost him everything.

You can get the entire media pack online at the BBC’s Media Centre.

The BBC One twitter handle announced earlier this evening that tomorrow at 7.30am (BST), a new original drama trailor is going to premiere: David Tennant stars as a barrister in The Escape Artist. I don’t know exactly who thought that 7.30am would be the best time for something like this, but the Tennant fandom is mighty and determined. Alarm clocks will be set.

BBC One have commissioned a new six-part drama from Abi Morgan, creator of The Hour!

This is the second bit of great news for Abi Morgan this week: on Sunday, she won an Emmy for The Hour (BBC Two), in the category Outstanding Writing for a Miniseries, Movie or a Dramatic Special, beating, among others, Tom Stoppard (who was nominated for Parade’s End).

Today, BBC One have announced that Morgan will be writing a new original drama series for them. This is from the Media Pack:

John River is a brilliant police officer whose genius and fault-line is the fragility of his mind – a man haunted by the murder victims whose cases he must lay to rest. A man who must walk a professional tightrope between a pathology so extreme he risks permanent dismissal, and a healthy state of mind that would cure him of his gift.

Charlotte Moore, Controller of BBC One, says: “RIVER is full of intriguing twists and turns and I was truly gripped when the script came in. Abi’s one of Britain’s most distinctive and original storytellers and her ability to push the boundaries of the genre in surprising ways makes RIVER her perfect debut on BBC One.”

There are no definite commitments to an air date or other details:

The 6×60-minute series is made by Kudos (The Hour, From There To Here, Broadchurch) for BBC One. Filming will commence in London next year and the programme will transmit on BBC One in 2015 […] and casting will be announced in due course. 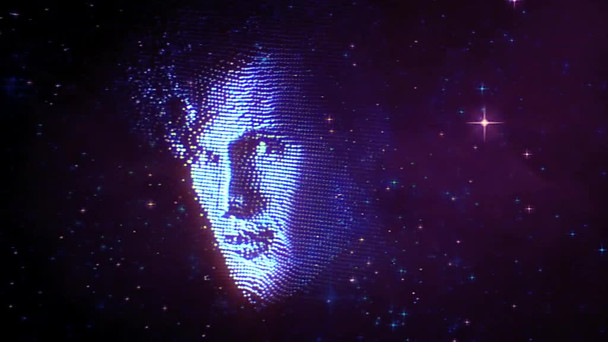 At 7pm British Standard Time (8pm my time), BBC One will start a half-hour live broadcast, during which the identity of the lucky person who gets to play the Twelfth Doctor will be revealed.  Provided everything works out, I’ll be watching live and blogging the progress of the show via this post. (It won’t automatically update, so keep your fingertips near cmd+R!) I’m sure they’ll introduce them properly, but for those who can’t watch live, I’ll also try and dig up a short profile. [knuckles cracking] There’ll be a bigger piece later, hopefully with a few sound bites and quotes and features. END_OF_DOCUMENT_TOKEN_TO_BE_REPLACED