Things are about to get even more amazing when she reunites with Sherlock for the first time in those six months since he took the job offer with MI-6, and things are, to say the least… incendiary. END_OF_DOCUMENT_TOKEN_TO_BE_REPLACED

No-one really expected this would happen. All involved had, before last year, pronounced the seventh series of Lewis (by UK count, not Masterpiece count) the last one. So of course the fandom had held out hope, but I think we’d all sort of wished them farewell with a teary eye and made our peace with it, but apparently the series continued to get such a positive response that they asked Whately, Fox, Front, and Holman to return for another go. Kevin Whately has gone on record saying that he’s doing it sort of reluctantly and that he hadn’t really planned on being this involved in this series at all, but that it just happened and he’s not unhappy about it, either, because making the series is always a lot of fun. He went on to say that he’s willing to do one more, but would feel bad at making more Lewis than there has been Morse — at 30 episodes, they’re closing in.  END_OF_DOCUMENT_TOKEN_TO_BE_REPLACED

And hello, unnecessarily complicated romance subplot of Series 4. Again, the writers manage to make Rachel the greatest danger to herself by having her get involved with a Detective Super from another squad. END_OF_DOCUMENT_TOKEN_TO_BE_REPLACED

Before watching a new show, I try not to let myself be influenced by the reviews that I might read; and some shows, even though they get trashed nearly universally, I watch for the sake of knowing what people are talking about and making up my own mind. I’m not usually one to cease and desist watching something after only a pilot, but I already know that I can’t keep watching this. One, for my own peace of mind, and two, not in good conscience concerning the subject matter. I’ll review the Pilot and then that’s it. If you wanna know why, follow me beyond the cut. END_OF_DOCUMENT_TOKEN_TO_BE_REPLACED 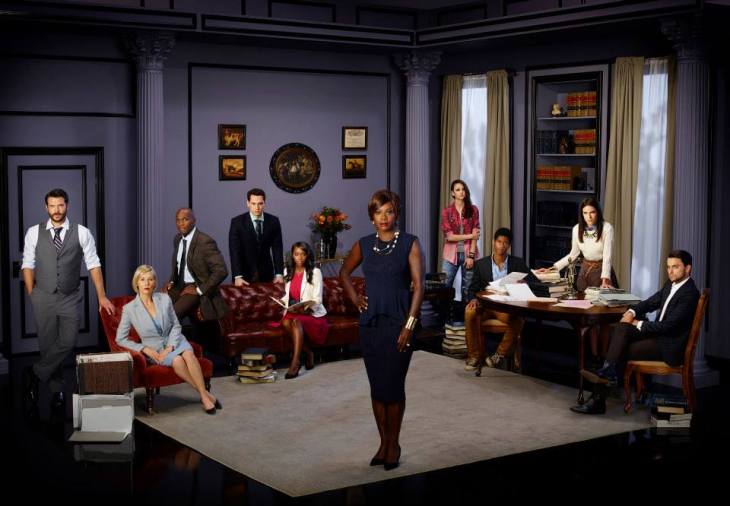 What this show does brilliantly is… a lot. It’s courtroom drama, it’s college drama, it’s character-driven, it features a diverse cast of characters.

The opening scene plunges us right into the heart of the story — and the season’s main toss-up: the murder and the getting away with it. Intercut with scenes from three months earlier, the start of the semester, we see the top of the class scrambling to hide a body. The murder weapon: a statue of Justicia, presented to the most impressive student of the year. END_OF_DOCUMENT_TOKEN_TO_BE_REPLACED

And just when Rachel is getting her stuff together and Gill gives her a mountain of tasks to get through because she’s the new Sergeant and Gill trusts her, Rachel’s mother reappears. At least she sent a text.

My fiance has been arrested. I’m on my way to see you.

In this second episode of Scott & Bailey, the focus lay squarely on the reopening of a cold case, the disappearance and, since new evidence has come to light, subsequent murder of Mandy Sweeting. 23 years old, that case is, and it still rattles the Syndicate, the victim’s loved ones, and, as ever, the press.

The case is all the more important to Rob — not only because it would be an amazing case to work on cracking so many years later, but because his dad was second-in-charge during the original investigation. An investigation that was flawed, one-tracked, and lacking in oversight.

Or, as Rachel would say, it was shit. END_OF_DOCUMENT_TOKEN_TO_BE_REPLACED

Last week, Scott & Bailey have returned to ITV for their fourth series. Written by Amelia Bullmore, who plays DCI Gill Murray, the series premiere chucks us right into exciting and good things. END_OF_DOCUMENT_TOKEN_TO_BE_REPLACED

Two weeks ago, a new show appeared on the NBC canvas: Taxi Brooklyn, starring Chyler Leigh in her first leading role (on TV, that is) since Grey’s Anatomy and Jacky Ido, who’s probably best known for his role as as Marcel in Tarantino’s Inglourious Basterds, but has since starred in many English-, French-, and German-speaking productions. Here, he’s playing the French-born Leo Romba, taxi driver, to Leigh’s Caitlyn “Cat” Sullivan, New York City cop. Two episodes of the first season have aired so far, and these are my thoughts below the cut. Beware of spoilers. END_OF_DOCUMENT_TOKEN_TO_BE_REPLACED

BBC One has officially announced that the much anticipated fourth series of Sherlock will bring us a Special followed by three 90-minute episodes. Production on the Special will commence in January 2015, the series episodes are set to be filmed later in the year. That should put us in the running for a Christmas Special and three eps after New Year’s Eve 2015/2016, I should imagine. Or perhaps they will gift us with the Special earlier than Christmas? An Autumn Special, what with production beginning so early? Who the hell knows about Sherlock Holmes, but at least we know the wait isn’t necessarily longer than what we’ve been through before.

Previously on Elementary: Art in the Blood.

I don’t think I’ve ever felt so ambiguous about an episode of Elementary before.

Speaking in terms of narrative, it’s refreshing that the classical detective story doesn’t always end with a happy ending and society’s mores restored. That’s the core of the Classical English Detective story, and it’s not happening here, far from it. END_OF_DOCUMENT_TOKEN_TO_BE_REPLACED

Previously on Elementary: The Hound of the Cancer Cells.

Season 2, Episode 19: The Many Mouths of Aaron Colville

Both this and the next episode touch deeply personal facets of Joan and Sherlock’s lives. In The Many Mouths of Aaron Colville, Joan is confronted with a case, a patient, that as been weighing on her conscience more or less ever since. Faced with the possibility that a man innocent of the crimes of which he had been convicted died on her table with her watching and not reporting her attending surgeon for withholding treatment, Joan’s doubts and guilt from years ago resurface. It sends her into a separate investigation into Dr Jonathan Fleming, the surgeon she was assisting at the time. 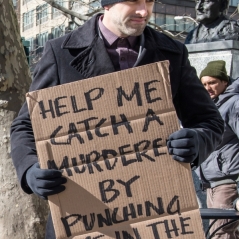 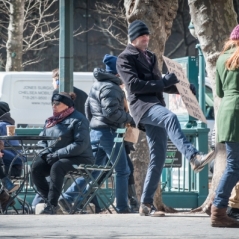