Previously on Doctor Who: The Big Bang.

This is it. This is what we’ve been waiting for. That gorgeous dose of Doctor Who after six months of tittering behind our napkins in the aftermath of The Big Bang. The Christmas Special and the trailer for Series 6.

And goodness, hasn’t Steven Moffat blown my mind. Again. Please excuse me and hit the jump to get to the spoilers while I scrape my brain from the walls of my room, I’ll be right with you. 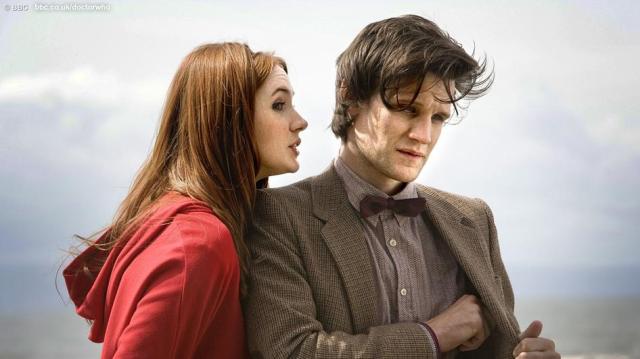 For all of us who just can’t get enough of Doctor Who and its beau-ti-ful incidental music, composed by Murray Gold: The Doctor Who Proms, live on BBC Radio 3, in the Royal Albert Hall: […]

Previously on Doctor Who: The Pandorica Opens.

If you haven’t seen the episode yet, don’t click the jump, ’cause there will be spoilers. Lots and lots of spoilers. 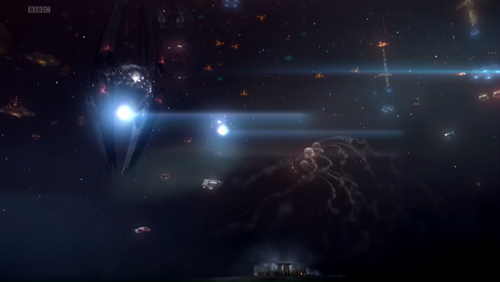 Images: BBC and Cracktor Who So. Spoilers. Little Amelia’s going to make an important appearance, the Doctor’s got to somehow manage to get himself back into the action, River somehow survives ‘TARDIS bang bang’. All […] 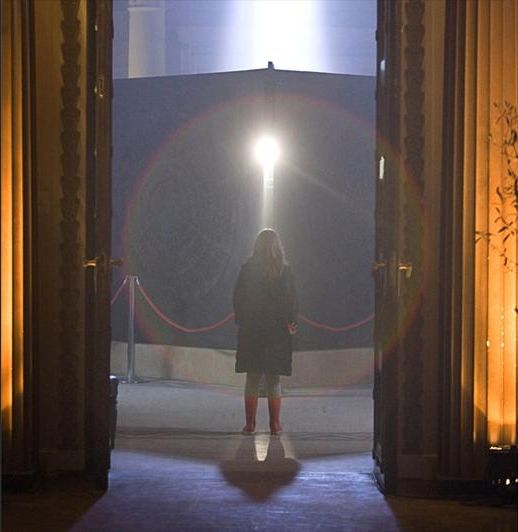 Previously on Doctor Who: The Lodger.

Oh. My. God. Guess who?
This was magnificent. The twists, the turns, the tragedy. Everything. Steven Moffat, I bloody love you. At the same time: Curse you, Moffat! One, for nearly giving me a heart attack, two, for making me sob into my dinner, and three, for the most awesome cliffhanger I’ve seen in.. well, ever. Rory’s back! He’s back because he’s a part of Amy’s history, and because of that dress-uppy photo in Amy’s Roman Britain he’s linked to the cover story—and he’s an Auton, supplied by the Nestene Consciousness. And he shoots Amy. Great. And the director, Toby Haynes, has called this “the death of the Doctor as we know him.” Lovely.

The Doctor: “The Pandorica…”—River: “More than just a fairy tale.”

This is potentially very spoiler-y. So don’t jump to the 2nd page unless you know what you’re doing.

Previously on Doctor Who: Vincent and The Doctor.

Yes, the football scene was slightly cringe-worthy. But it was, one, a nice reference to a fit Fifth Doctor playing cricket and, two, important for establishing the Doctor’s maddening superiority and thus setting up the tension between the Doctor and Craig. It also highlights, as favourite fellow weirdo M. pointed out, how utterly strange the Doctor can be with, as she called it, “human interaction.” The Doctor sees all the sub-textual signs of Craig and Sophie being in love with each other and even manages to drop, well, “subtle” hints (which they still don’t notice, but nevermind), and when it comes to meddling, he uses every opportunity available to make things worse — in order to make them realize what’s wrong. Well. I’m not sure whether he planned it to the point at which he had to share a psychic link with Craig and show him that absolutely awesome, adorable, incredible non-technology technological… thing-to-detect-what’s-wrong-upstairs to make him understand.

There was a goblin. Or a trickster, or a warrior. A nameless, terrible thing, soaked in the blood of a billion galaxies. Nothing could stop it, or hold it, or reason with it — […]

Previously on Doctor Who: Cold Blood.

Oh, this is LOVELY. Written by Richard Curtis (must I say it? Blackadder I-IV, Notting Hill, what have you), directed by Johnny Campbell, guest starring Bill Nighy and Tony Curran. It’s another quite alien-lite episode this week, there’s no great conspiracy to uncover or anything; just one lonely, blind Krafayis having been abandoned by its people. But that’s not what the story is really about (as in the end the alien is not that vicious, it’s really just a pitiable creature that’s afraid to die), it’s about the gift of sight. The Krafayis is blind, but the Doctor and Amy cannot see it either — the only one who can see it is Vincent Van Gogh. And that’s not the only thing Vincent can see: he can see so much, he can see the universe, the stars as they burn. The directors have used that for a wonderful sequence of the sky turning into Van Gogh’s famous painting of the Starry Night. Just that moment alone, with the Doctor, Amy and Vincent lying in the grass, holding each other’s hands, and the stars transforming before our eyes makes the episode so much more than just awesome Doctor Who, it makes it a dream.

So, I was looking at Blogtor Who’s spoiler section for the series finale, and what I found had me a little flummoxed:

CAREFUL: Spoiler-y pic follows–don’t continue after the jump unless you really want to.

Previously on Doctor Who: The Hungry Earth.

Dear, dear Chris. I’ll be honest with you. It wasn’t completely boring, it didn’t have me look at the clock thinking ‘Oh, how long is this gonna take to get over with itself’, and the question of how they were going to manoeuvre themselves out of the dead sister thing did have me genuinely worried. Needless to say, I cried and cussed when Rory, poor Rory, caught the figurative bullet meant for the Doctor, died in Amy’s arms and, just to top that off, got removed from time and history by the Time Field behind the crack; effectively wiped from everyone’s except the Doctor’s memory. Oh, bloody wonderful. As I said, it wasn’t completely horrible, but this two-parter was the weakest of this new series, when it comes to wonky writing and not-so-sparkly-as-we’ve-enjoyed-before dialogue.

I’ll just get the plot and the writing and acting over with before I come to what’s this episode actually telling and, in some ways, teaching us.