And hello, unnecessarily complicated romance subplot of Series 4. Again, the writers manage to make Rachel the greatest danger to herself by having her get involved with a Detective Super from another squad. END_OF_DOCUMENT_TOKEN_TO_BE_REPLACED

In this second episode of Scott & Bailey, the focus lay squarely on the reopening of a cold case, the disappearance and, since new evidence has come to light, subsequent murder of Mandy Sweeting. 23 years old, that case is, and it still rattles the Syndicate, the victim’s loved ones, and, as ever, the press.

The case is all the more important to Rob — not only because it would be an amazing case to work on cracking so many years later, but because his dad was second-in-charge during the original investigation. An investigation that was flawed, one-tracked, and lacking in oversight.

Or, as Rachel would say, it was shit. END_OF_DOCUMENT_TOKEN_TO_BE_REPLACED

Last week, Scott & Bailey have returned to ITV for their fourth series. Written by Amelia Bullmore, who plays DCI Gill Murray, the series premiere chucks us right into exciting and good things. END_OF_DOCUMENT_TOKEN_TO_BE_REPLACED

Uncle Monty was right. "It's like a tide. Give in to it, boy." #lewis #donald #henman http://t.co/pnBvdQxoLY

And then ITV followed up with this press release! Follow the link above to get to the full document. But have this quote before you go:

Kevin Whately and Laurence Fox reprise their roles as the detectives who investigate grisly murders against the backdrop of the beautiful university spires of Oxford.   But this time it’s different… After an extended break from the Police, Hathaway has been promoted to Inspector.  When the chemistry that exists with Lewis eludes Hathaway, retired Lewis is drafted back to renew their partnership.  It’s a new dynamic for our detectives, but one they’ll have to come to terms with quickly if they are to achieve results.

Lewis will return with six new episodes in what’s going to be Series 8. Laurence Fox has confirmed, on Twitter, that filming will take place in the spring. So, two things to look forward to: new episodes of Lewis and new behind-the-scenes tweets and photos from Mr Fox and Mr Whately. #henman

Sorry to be the bearer of bad news everyone but ITV don't want any more Whitechapel. That's all folks x

On twitter, Rupert Penry-Jones announced the end of the popular ITV series Whitechapel just minutes ago. After ratings had dropped significantly in Series 4, for reasons I simply cannot fathom, it seems that the network didn’t have the guts to continue on the path that the latest episodes have so courageously started out on.

Thanks to the entire cast and crew for bringing this excellent drama to our screens for four years. 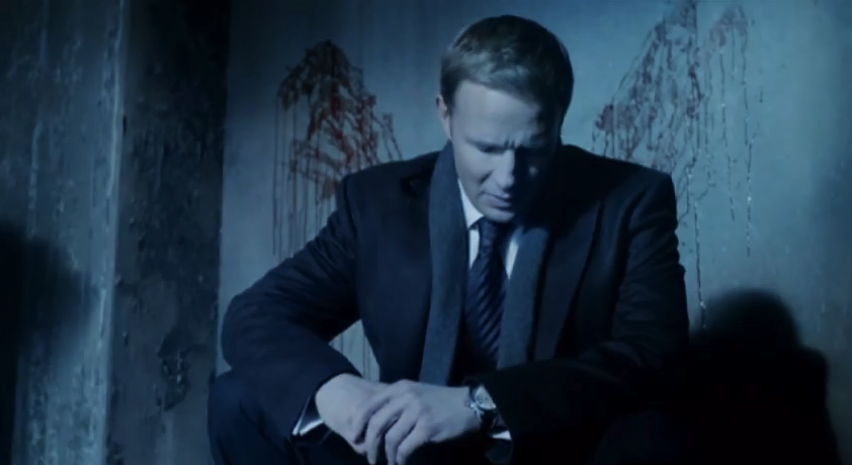 END_OF_DOCUMENT_TOKEN_TO_BE_REPLACED

Overnight viewing figures were at 4.1m viewers for Episode 1 of Series 4, then climbed to 5.55m to accommodate ITV player views. Figures including the ITV player rent sales of the second episode, however, still dropped to 4.09m. My prediction that the buzz created by people already having seen the second ep wouldn’t necessarily work in the show’s favour came true, then. Overnight ratings for Episodes 3 and 4 are lower still, and even including rent sales and simple stream access I’m afraid it might not top Episode 2, let alone Episode 1. At least more people were curious as to the resolution of the second case — perhaps the first parts weren’t exciting enough? Perhaps the — now familiar — format encourages a viewing pattern that isn’t exactly ideal?

In any case, these ratings are the least successful in Whitechapel‘s four-series run.

This episode started with something that doesn’t happen very often — in fact, it doesn’t happen, full stop. Ever. Chandler being a laughing, joking git is something scarce indeed. Unfortunately, the levity doesn’t last very long.

END_OF_DOCUMENT_TOKEN_TO_BE_REPLACED

This episode, penned by Steve Pemberton himself, has upped the ante in several aspects: each team member’s personal demons are coming on strong, the friction between them increases, and this case just bumped the upper end of the creepy scale.

END_OF_DOCUMENT_TOKEN_TO_BE_REPLACED

The theory is that the killer hunts people who practise forms of magic and who believe that their powers are real. Turns out, it’s sort exactly like that, and sort of really not. Meanwhile, the hauntings don’t stop.

END_OF_DOCUMENT_TOKEN_TO_BE_REPLACED

Yes, dear readers, I was as flummoxed by this as you probably are. The returning series premiere of Whitechapel last week reached only (revised numbers as of 18/09/2013): 5.55 million people (4.10m overnight), which is an all-time low for the popular ITV show. END_OF_DOCUMENT_TOKEN_TO_BE_REPLACED

Dark powers are stirring in Whitechapel — and DI Joseph Chandler and his team have been chosen. END_OF_DOCUMENT_TOKEN_TO_BE_REPLACED